‘People Are Jobless With No Food!’ Oga Obinna Furiously Explains How Government Has Frustrated Kenyans 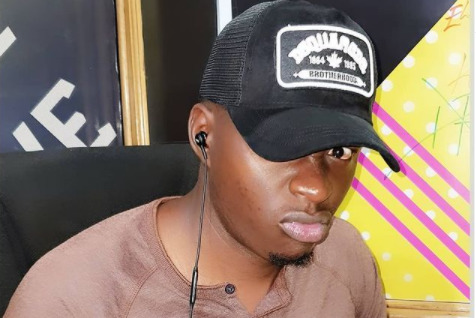 Most celebrities have stood with netizens on the issue of opening up the country’s economy and removing lockdown. They have helped out in forwarding the grievances to the President but their efforts seem to prove futile.

Rapper Khaligraph Jones, Jalang’o and Oga Obinna are among the few who have stood with netizens on the issue.

Comedian Oga Obinna has opened up on how frustrations from the government has immensely affected his business and lives of Kenyans. On his Instagram, Obinna furiously explains how he’s tired with the current government. He also admonished Kenyans to vote wisely in the coming election to avoid such a government. He wrote;

”Kenyan Artists,Celebrities and All Politicians who aren’t part of the Deep state or Dynasty.
🙏STOP WRITTING TO THE PRESIDENT.
STOP BEGGING THE PRESIDENT TO CHANGE THE LIVING STANDARDS OF KENYANS.
STOP ASSUMING THE PRESIDENT DOESN’T KNOW WHAT WE ARE GOING THROUGH…

People are jobless,no food,houses being locked,marriages falling apart, people are stressed, most are depressed and have nobody to turn to.🤷🏿‍♂️
Hospitality industry,Entertainment Industry amongst others are HIT BADLY but who cares?? 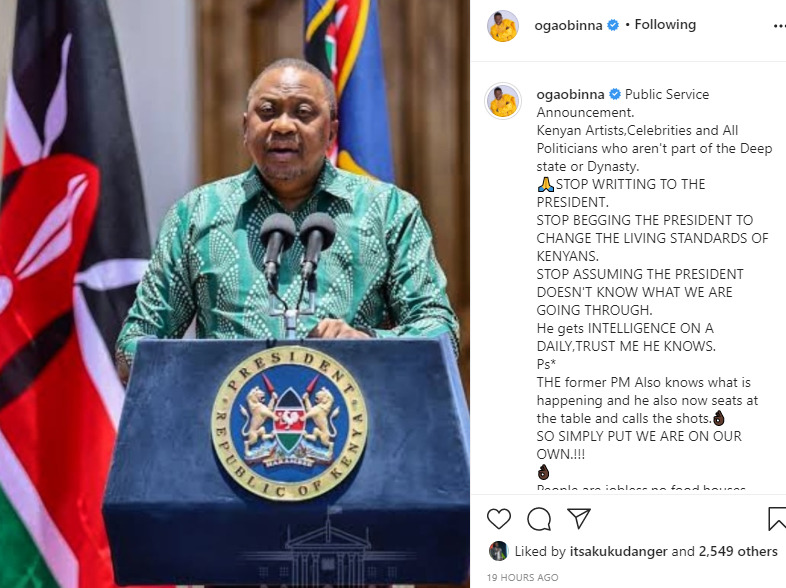 Obinna also commented on the loans Kenya has been receiving saying;

”Over $788 Million that we have received as loans haven’t improved the economy and single bit. That is minus the income the government gets from our TAXES…”

He continued to say how his businesses has suffered;

”Personally I have suffered with this government wheh!!🙆🏿‍♂️ I have opened over 10 businesses and employed a few people but closed most of them due to frustrations from the government.

”THE PRESIDENT KNOWS TRUST ME JUST DOESN’T CARE ENOUGH TO ACT ON IT. Period.
🔵NEXT ELECTION LET’S USE COMMON SENSE.”