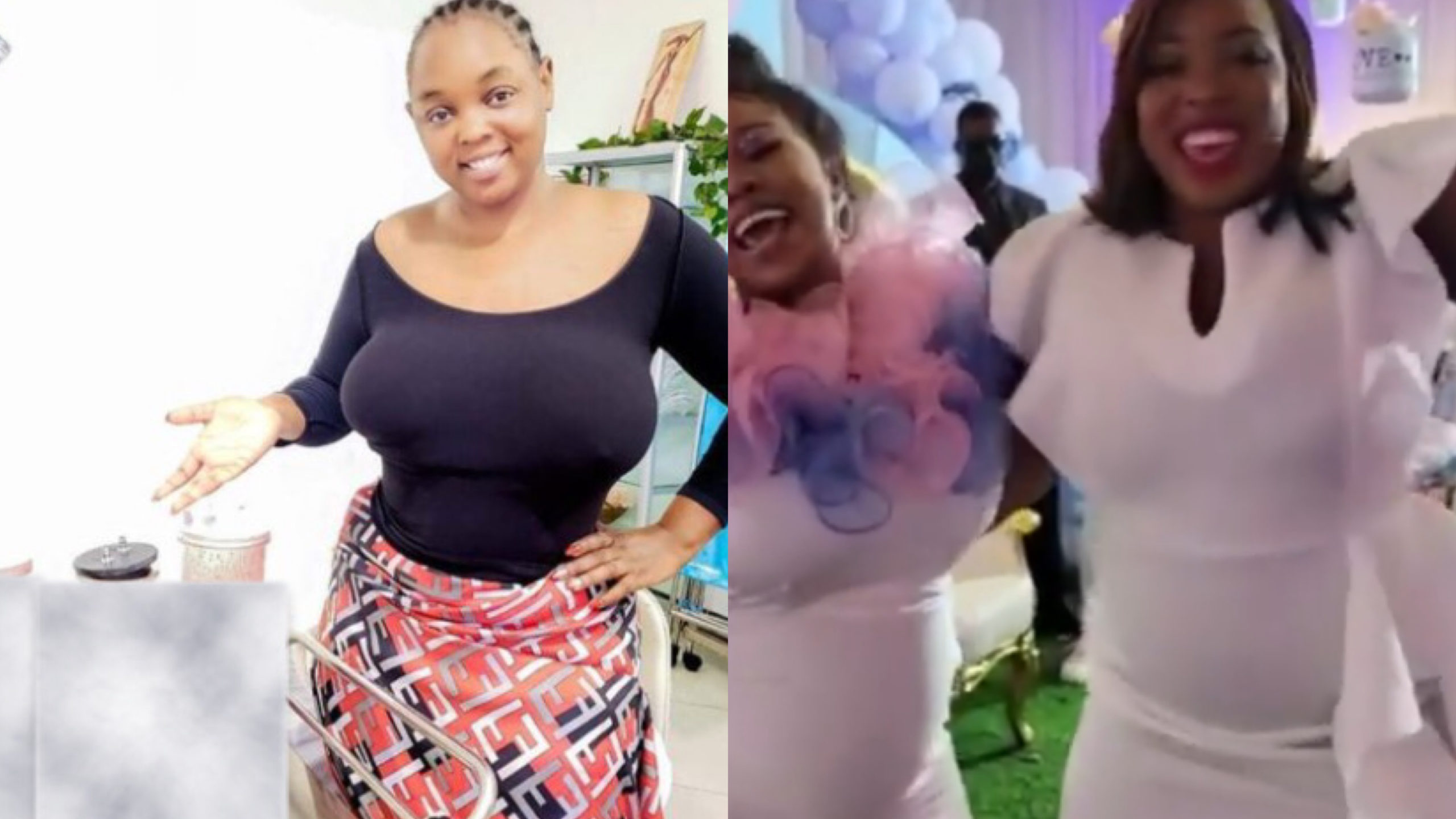 Whether Risper Faith likes it or not; truth is – she needs to reduce the amount of Junk food she keeps consuming in her day to day life. Why?

Well, after spending half a million on cosmetic surgery Liposuction – Risper got back her 28inch waist; which unfortunately lasted for a few weeks before all the fat cake tumbling down her belly. 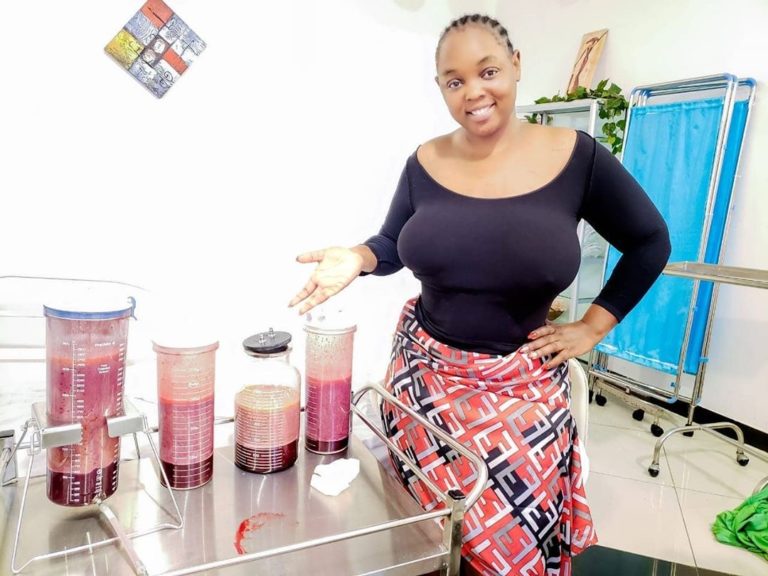 I’m pretty sure with a 28inch waist; the lass did not think that consuming unhealthy foods; would bring back her old 30 something inch waist that came after pregnancy.

This past weekend the mother of one left many talking; after appearing to look pregnant while at Vera’s gender reveal party.

If you ask me, Risper’s belly actually looks bigger than that of Vera; which explains fans thought bibi ya Brian is heavy with child.

I don’t know who needs to hear this (mostly Risper) but liposuction; is done by disciplined people willing to give up their bad eating habits; and above EXERCISE!

Anyway now that she wants to go back to her skinny body; Risper Faith recently reached out to fans asking about Gastric bypass surgery. She wrote; 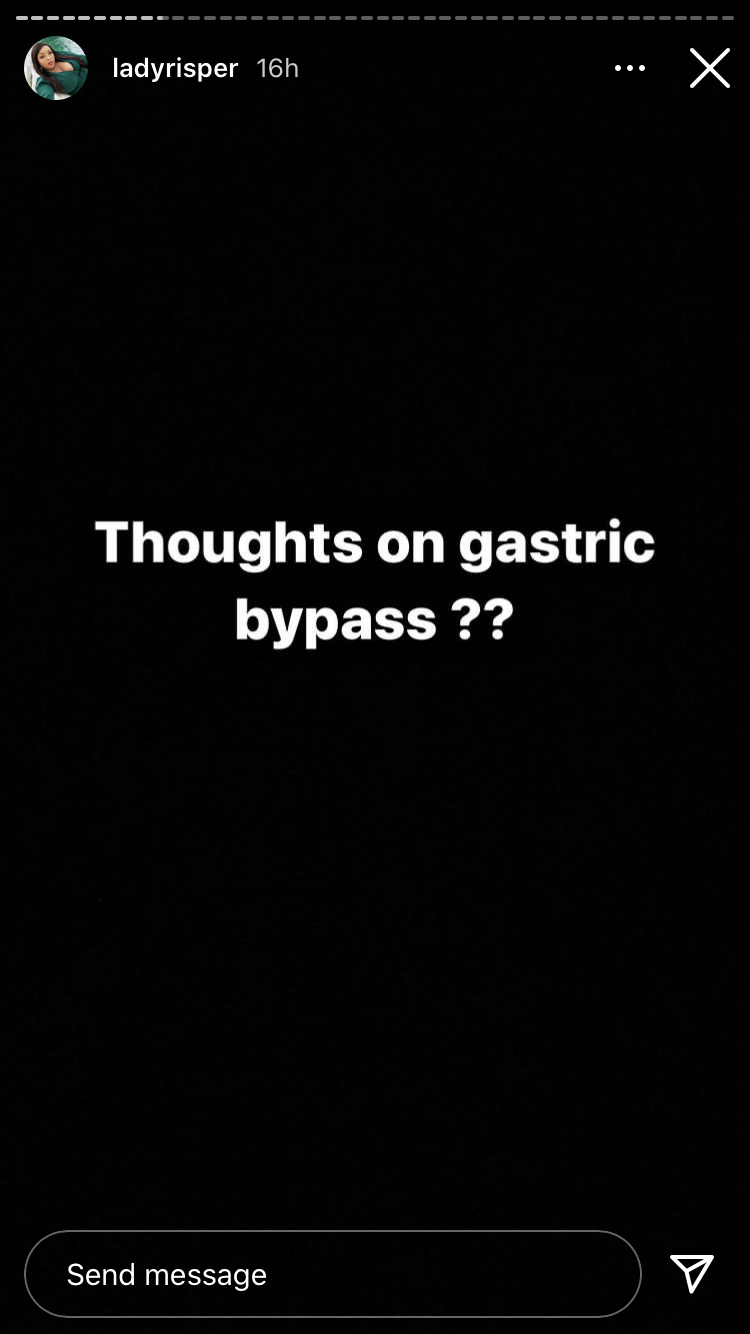 Well, unlike liposuction – gastric bypass surgery is a whole lot of complicated surgery. I say this because – judging from how Wema struggled with her health to a point of almost dying; means that this surgery is just too risky.

But again, being a stay home – with a babysitting schedule and series to keep up with….why not just workout?