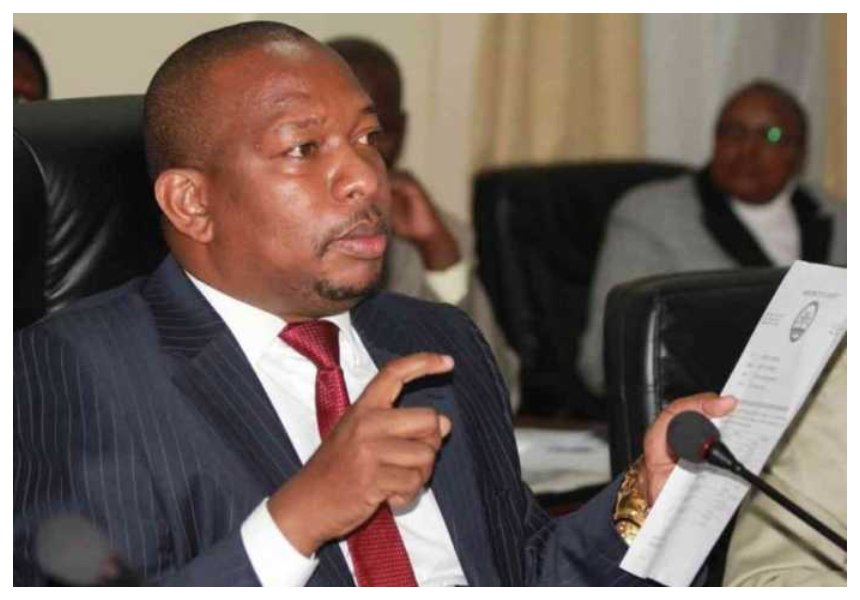 Mike Sonko was forced to come out to set the record straight about his position as Nairobi governor after a copy of his resignation letter surfaced online.

The governor announces his resignation in the letter dated July 23rd 2018 and which was addressed to the speaker of the Nairobi County Assembly.

In the letter, Sonko cites various reasons that have forced him step down including being constantly frustrated by the national government of president Uhuru Kenyatta.

“The national government has continually frustrated all my efforts to transform the city which includes; refusal to pay the county debts of over Sh80billion. Refusal by the Controller of Budget to approve Sh5billion in the 2017/2018 financial year. Refusal by the Inspector General to provide me even with 1 police body guard,”  the letter reads in part. 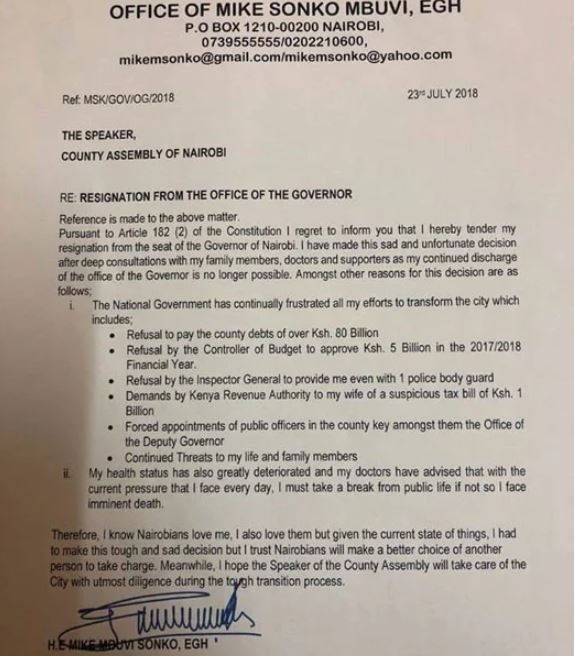 This nonsense must stop

Sonko quickly dismissed the letter in a post on social media. The governor asked his detractors to desists from malicious nonsense.

“Whoever is circulating this malicious nonsense should desist with immediate effect. I’m the elected Governor of Nairobi until the end of my term. Buree kabisaa,” wrote Sonko.