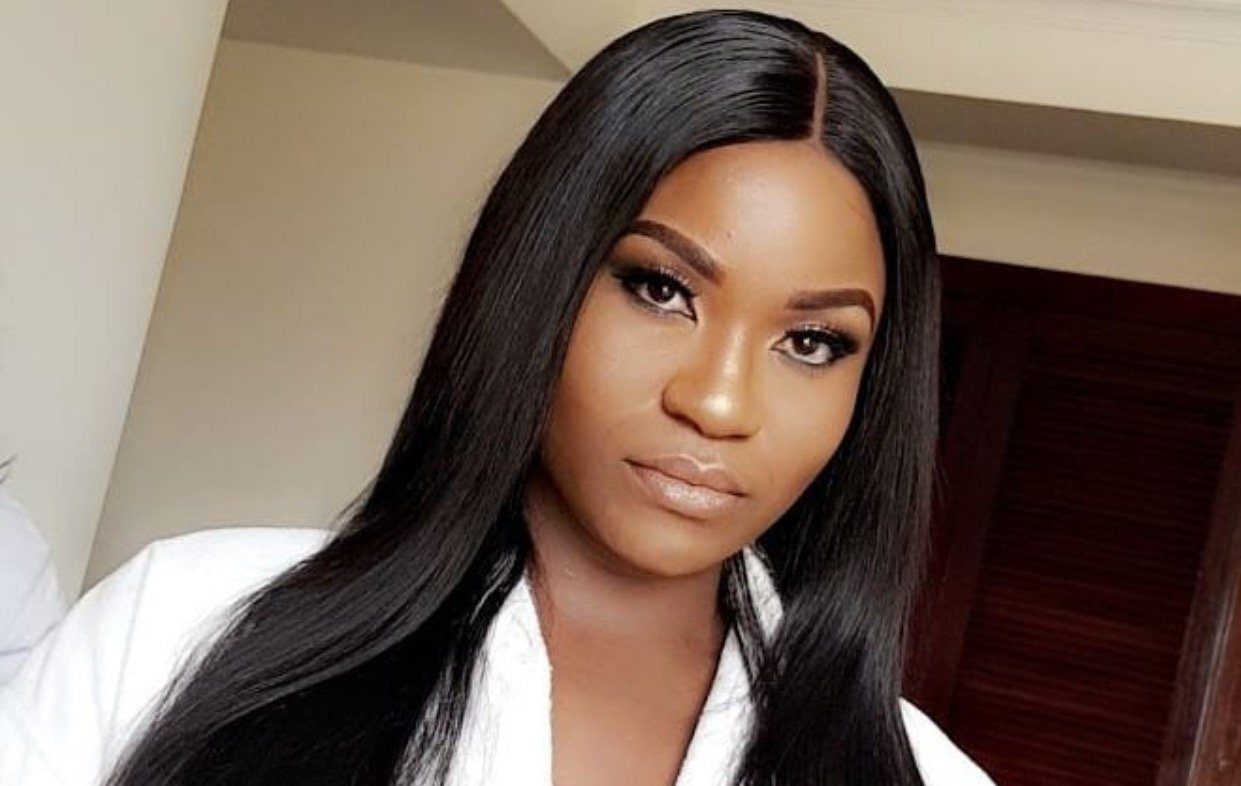 This past weekend Mishi Dora almost brought social media to a standstill after sharing a receipt; flaunting Ksh 204, 250 bill paid from a night out, and from how she captioned the post – fans quickly assumed she was bragging about the money she owns.

With this post, Mishi Dora confirmed that she has enemies and haters all around – that is judging from the reactions received after posting the bill online. There are those who quickly dismissed her stunt while saying there like Black Cinderella who came in guns blazing to tell fans of how broke Mishi Dora is. 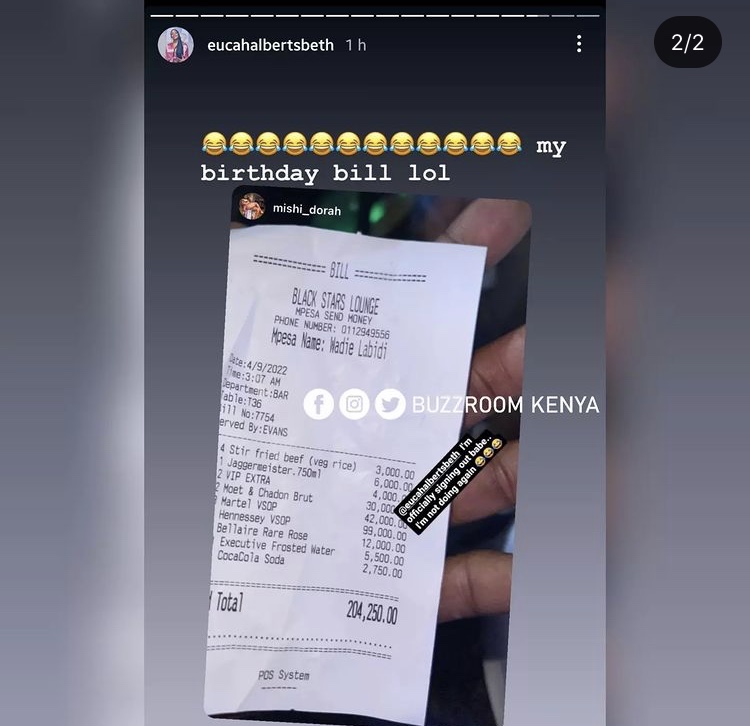 She ‘killed’ her own kid – Black Cinderella

Well apart from the alleged faked lifestyle, Black Cinderella went on to remind fans about 2018; the year Mishi Dora asked one of her friends, Glamour Pamm  to announce that she had lost a child – to which Pamm blindly agreed to and went on to post;

Please pray and support Mishi, who has lost his beautiful child. No one can explain or understand the pain she is going through. It’s good with God!

Something Mishi Dora later regretted doing. However according to black Cinderella, Mishi pulled this stunt while drunk. She exposed the former socialite saying; 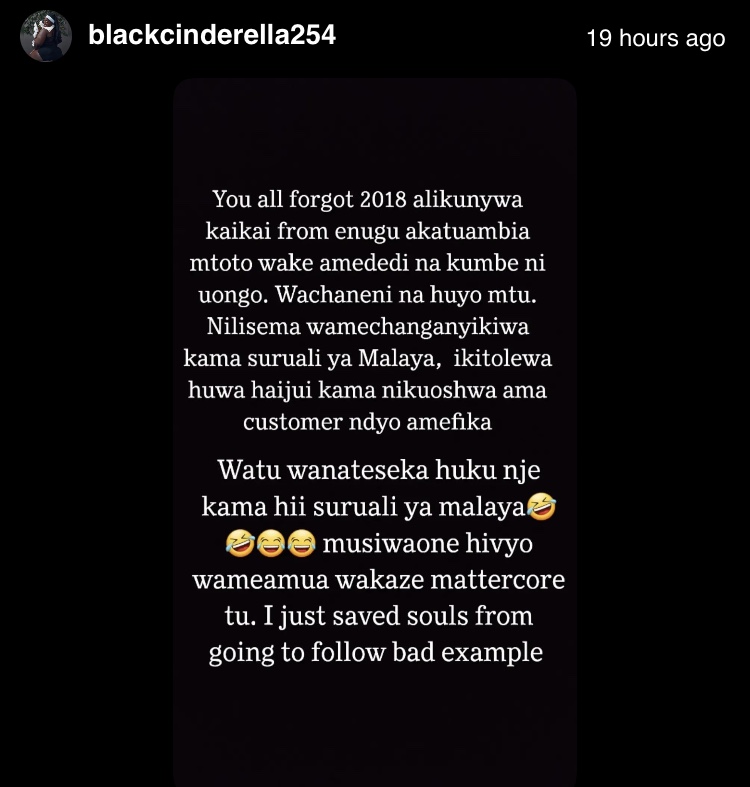 Which now leaves us wondering whether the socialite pulled this stunt to get more fame; or isn’t it just sickening to think a mother would stoop that low?