Mama Rosa, real name Rosa Chepochesau Samson, shot to fame in June 2017 when she was allegedly resurrected by a text message from Prophet David Owuor of the Repentance and Holiness Church.

Rosa reportedly died on June 21st 2017 after a long battle with arthritis. Her husband Samson Lotirakori sent a distress message Owuor following the death of his wife and the prophet replied ‘it is well’… and just like that Mama Rosa back to life.

Well, Mama Rosa lived for a year after her resurrection before she died again. She died on January 22nd in Eldoret and was buried in secret in Chepkoti village, Kapenguria, West Pokot county. 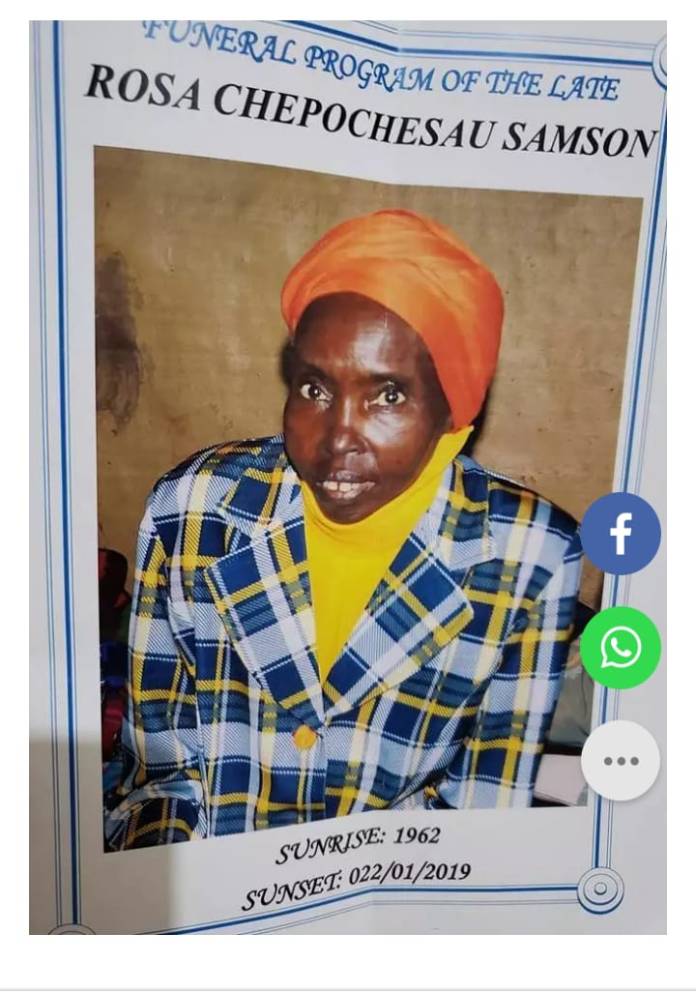 Too many unanswered questions

Critics can’t stop asking question following the second death of Mama Rosa. Like why was she buried in secret? When she resurrected she made headlines but when she died again her death was shrouded in secrecy.

Information about Mama Rosa’s death started spreading last week but no family member or any of the church’s local leaders could confirm it.

Mama Rosa wasn’t even buried at her husband’s home, she was laid to rest  at the home of her sister-in-law Kostella Lopisto. Why? 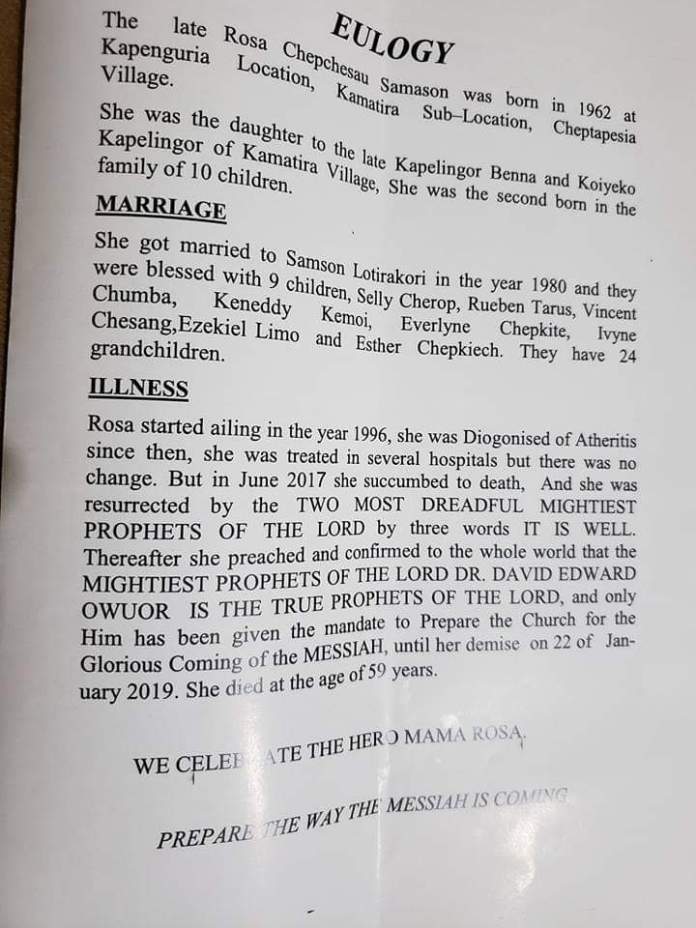 Apparently she was taken to Eldoret town after she seriously fell sick shortly after she was resurrected. She stayed in Eldoret until her second death.