Jimal Rohosafi Marlow has been making headlines thanks to his 2 wives; Amira and Amber Ray who can’t seem to see eye to eye.

Well we cannot blame them because he decided to wife a neighbor – ; and truth is – his actions brought nothing but enemity between the former Syokimau wives. However, word has It that Amber is now living in Kilimani so as to avoid more drama between her and Amira; and judging from the few photos showing Amber’s house – let’s just say Jimal is coughing good money to pay the house rent.

Speaks about lifestyle and loans

With all the drama sounding Marlows family, Amira made the mistake of disclosing some sensitive information about her husband.

Opening up to blogger Edgar Obare, or rather bitter first wife went on to confess that Jimal is not as rich as he claims. According to Amira, Jimal’s lifestyle is financed with loans and debts – adding – everything we see on social media is forced. 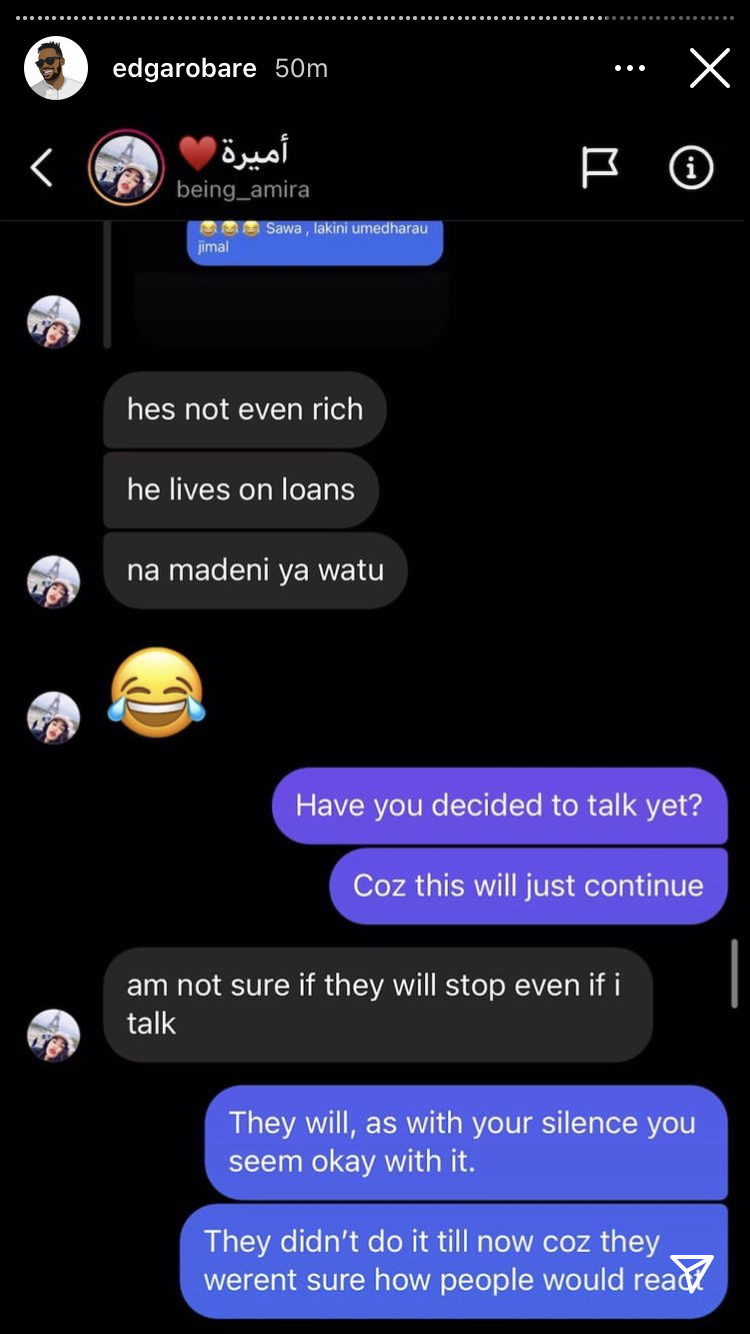 Well, if you thought Jimal was going to deny this then you are about to get shocked. Turns out that Jimal is actually proud to admit that he has loans not 1 or 2 but 3. Speaking to word Is just recently, the fella said; “I will not lie, I take loans to finance my businesses. Every businessperson in this country that has a humble background, you have to take a loan to raise yourself to go higher. I owe Sh150 million in loans to a bank and another Sh80 million and another bank I owe Sh90 million.”

Justifying why he is not afraid to admit about the huge amount he owes the banks; Jimal went on to add;

If you owe three banks that amount then you have a good income to sustain those loans. A bank is not your mother’s house to check in and they will just front you the cash. They have to look at your net worth, assets and then decide to give you a loan.

For those who are not aware of Jimal’s background, the guy says he build himself from the ground up; and will not let the noise dim his shine. I came from nothing. I was a makanga. No one raised me from there. For me to be where I am with what I have right now, I did not get it from anyone.