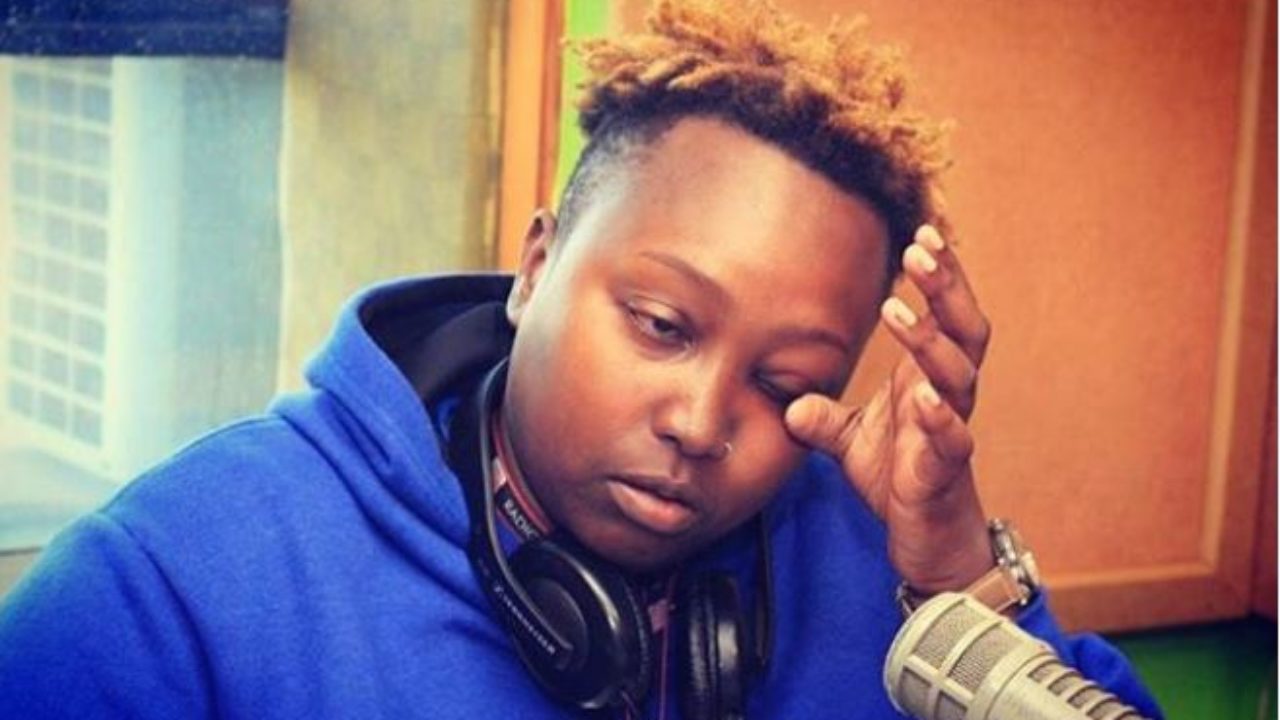 Radio presenter Annitah Raey is loved and supported by her loyal listeners who cannot afford to miss any of her shows! However, she recently angered many single mums after blaming them for depending on their baby daddies for child support.

The heated debate was sparked by a lady known as Nisenya Kimani who  exposed her baby baby dady Dennis Ndavi; an employee at to NRG radio for neglecting his role in their child’s life. As seen on the screenshot, clearly  Nisenya was not joking as she demanded for child support from the fella – who in turn mentioned that he had not yet been paid yet.

Okay, we can understand that the economy has become tough on everyone and Mr Ndavi having no money was no issue until Annitah Raey decided to share her opinion about the matter. Judging from the way she painted ‘child support’ as job for lazy mums angered many single mums who continue to struggle with children – yet the men responsible are out somewhere having a child. But doesn’t it take it two to tangle?

Having shared her experience as a single mother of two, Annitah made it known that she has no problem with the father of her children; however she only demands him to be present in her children’s lives which means probably phone calls, shared custody which would not work for everybody.

In the comment section of the post shared by Edgar Obare; it’s evident to see that for once, Annitah Raey failed the girl child. With men from this generation it’s hard to share custody when paying both the role of a mum and da in a child’s life.

One fan by the name of gracious7877 went all out asking Annitah not to impose her ways on other women. she wrote

When it comes to child support, there is never a way out especially since you can settle it quietly as adults or in court. However the idea of supporting deadbeat dads should remain the the dustbin!