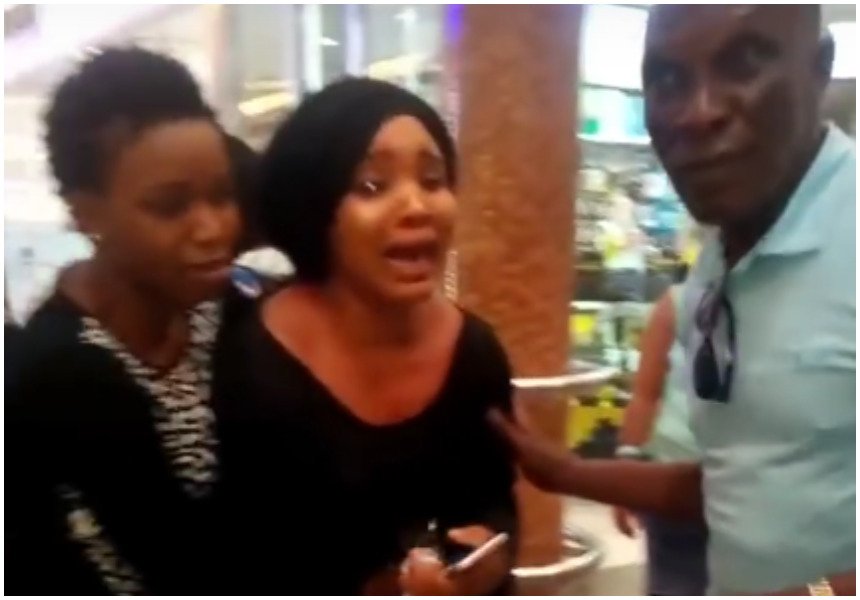 There was drama at a city mall after a lady went down on her knee to propose to her boyfriend. The lady was left crying on top of her voice as her marriage proposal was rejected.

More and more women are becoming desperate to get married. Some ladies are taking matters in their own hands and propose to their men instead.

Here in Kenya gospel singer Sarah Nanaa proposed to her boyfriend in April 2017. The songbird took the initiative to propose to her new boyfriend after she canceled her wedding in 2015.

In December 2017 a lady in Uganda proposed to a mzungu man in a club. Revelers booed to the top of their voices when the lady knelt and begged the mzungu to marry her.

The most recent marriage proposal from a lady happened in Nigeria. The Naija lady took her boyfriend by surprise when she went down on her knee at a mall and popped the big question.

The man stood frozen for a minute not knowing how to react to the marriage proposal. He looked steadily and intently at his girlfriend as people urged him to accept the proposal.

But am already married

The lady’s friend only known as Christy says the man told his girlfriend that he was already married. Apparently the lady didn’t know he was dating a married man all this while.

“This lady is actually my friend, but not close friends and we just spoke on phone… She said the reason she cried bitterly after her boyfriend rejected her marriage proposal in public was that when he came close and whispered into her ears, he actually said he was already married. My question is why are men this wicked and heartless? Tufiakwa,” wrote Facebook user Christy Glo.

Watch the video below to see how the whole drama unfolded: