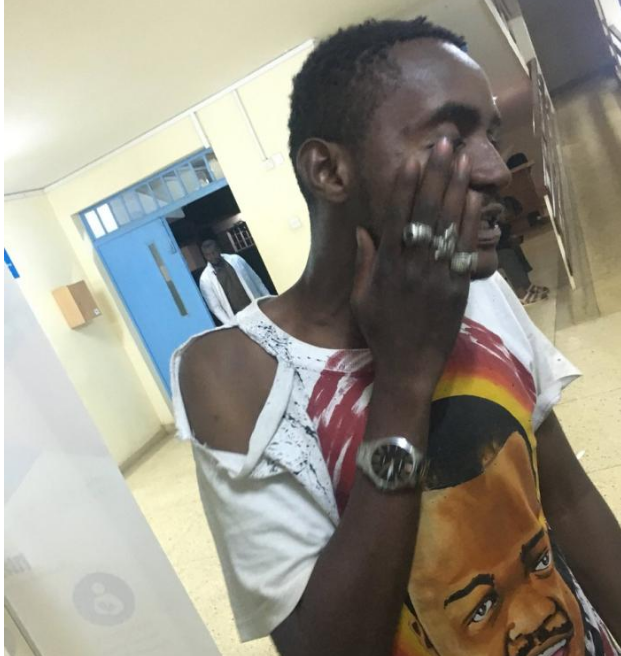 It seems like Ethic Entertainment can’t just escape random beatings in their lives.

First it was SWAT who was given a thorough beating by Umoja residents several weeks ago after they confused him for a thief.

During the weekend, another assault at the Koroga Festival were they performed left four of their members; Dj, hypeman, Zilla and their driver, all hospitalized. The four got a beating from KK security company and some of the festival organizers after an altercation.

The group has now vowed to sue the security company following the attack.

“It’s with deep regret that we have to post this. Koroga festival called us and told us to perform as the headliners for the Koroga festival Saturday edition. We’d done one event with them previously and since we had no issues the last time and also because it is a huge platform, we obviously jumped at the opportunity to perform again. This time, However, the treatment we got from them was more than hostile. As we speak four of our members including our Dj, hypeman , Zilla and our driver are all in hospital, brutally injured by Guards from the K9 security company and other festival organizers. We want to state that we will be seeking legal redress as we need due compensation from Koroga and K9 security group for our medical bills et al.

“As we push Kenyan music to the world we hope that one day,Kenyan artists will one day be treated the same as artists from other countries. The Saturday event this time surpassed all expectations and is definitely going to surpass their Sunday one. You know why? Because we Kenyan artists have worked our asses off to finally get Kenyans to support their own. And this is an agenda we’re willing to push to the very end. To all our loyal fans we’re simply asking that you support our cause. #Justiceforethic#RespectKenyanartists” Ethic Entertainment wrote on their official Instagram page.

Several artists have come out to stand with them saying the Kenyan industry is usually biased depending on where you come from.