Comedian Eric Omondi has said that he’s still in good terms with Jackie Maribe despite what many Kenyans have been claiming online.

The comedian has been getting a lot of heat since Maribe’s case as Kenyans claim he was the reason behind her woes after he dumped her.

In an interview with Radio Jambo, Omondi opened up of how the two met.

“I met Jacque Maribe when we were both employees at Radio Africa Group, and our friendship grew from there. We even went for a date at Sarit Centre and had some tea. Since then our friendship has been so tight,” he said.

Omondi said that they have always been friends ever since and even shared that he supported her while she was in jail.

“Till now we are still friends and every time we tell ourselves that whatever happens, we will still remain friends. I chat her on messages but I will not say if I visited her when she was incarcerated,”he said. 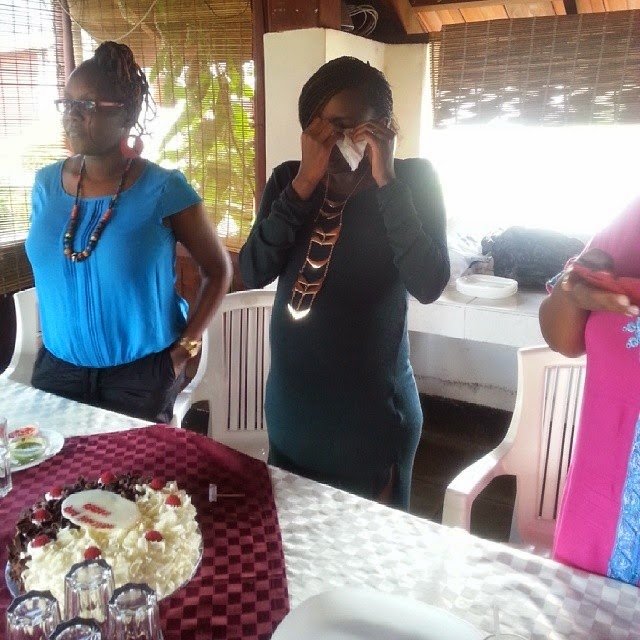 Omondi also added that he never attended Maribe’s baby show’s after party that was hosted by none other than Itumbi, at his house, because he was not in the country then.

“When I posted the picture, I was in Dubai and when I came back, everyone wanted to know about it, but hilo ni swala nyeti sana,” he said. “Hio swali ni ngumu (That question is tough).”