“It took him 6 years to put a ring on my finger” actor, Abel Mutua’s wife opens up 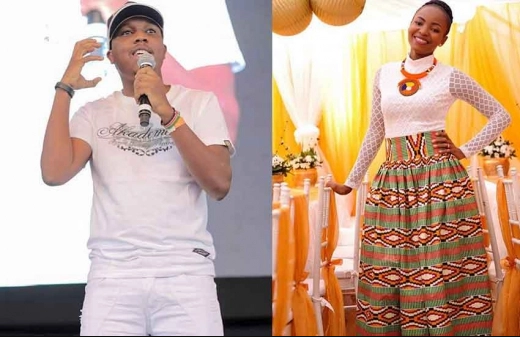 Former Tahidi high actor, Abel Mutua impregnated his then-girlfriend Judy Nyawira while both were still in college and the experience was rocky.

The college sweethearts have proudly shared the last 12 years in each other’s arms, roofing a daughter, now aged 10 years.

However, the birth of their daughter changed their lives. 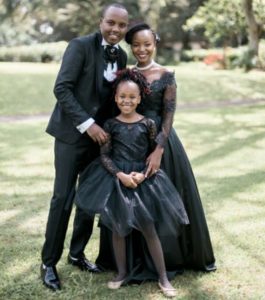 Mr and Mrs Abel with their daughter

During a Q&A session with the actor’s wife, Judy, Instagram fans delved into the couple’s marital life.

What was your experience marrying Abel?

Mrs Abel admitted that despite having sired a child together, Abel was not ready to settle down and it took him 6 solid years to make an honest wife out of her. 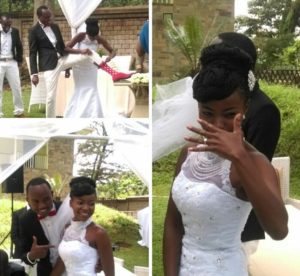 Even though the entire journey started off in an odd manner, the years are unregrettable for them.

Well, first came the baby then the long wait of almost 6 years before he could make up his mind about settling down. Thank God he did though with a proposal ndani ya gari…’Eeeh, babe tunaeza oana sasa?’ And here we are 12 years later.

Well, it has been 10 years and fans probed about baby number two. Judy responded:

It’s never a smooth road! It has its good and bad days.

Previously, the youthful production mogul revealed that their daughter’s birth caused them trauma.

The birth of our daughter traumatized us so much because we were not doing well then, and that is why we have not had a second child yet. 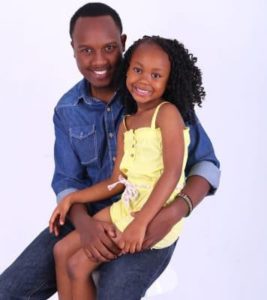 Reiterating the same, Judy Nyawira felt one was enough for them for the time being.

Never! That ship already sailed but it’s by choice. One is enough aki, for us. It was a mutual decision.

On what captured her interest in the scriptwriter, Judy blatantly admitted:

The popular Kenyan actor who has made a name for himself in the lucrative industry had in the past opened up on leading a strenuous life that rendered him unable to afford basic needs.

So bad was it that Nyawira was the one who cleared the bills, catered for food and his clothing.

I was so broke to the extent that I couldn’t afford to buy my underwear. It is my wife,who was buying me innerwear at the time. I may not have much (financially), but one thing I am thankful for, is the good wife God gave me. 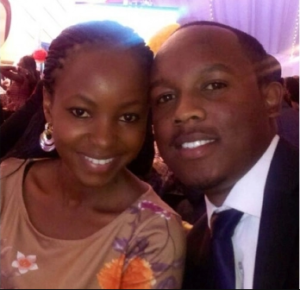