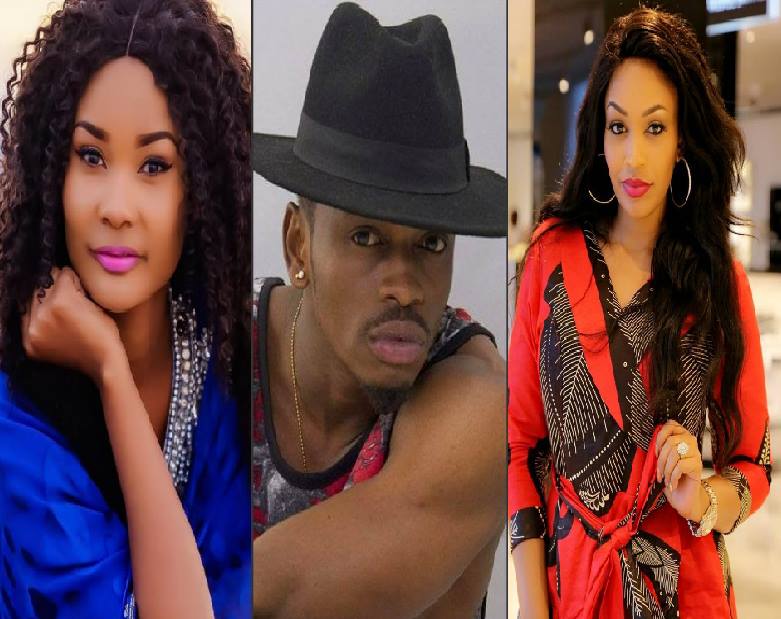 Hamisa Mobeto is determined to ruin Zari and Diamond’s marriage but mama Tiffah won’t let her. The two have been embroiled in a fight since last year.

Mobeto’s beef with Zari started way back in early November 2016 when Zari discovered strange earrings in her house in Dar es Salaam.

Zari, who was away in South Africa, returned home in Tanzania only to find a pair of earring belonging to Hamisa in her bedroom.

Apparently Mobeto slept with Diamond at his house in Dar when Zari was away nursing pregnancy complications in South Africa.

A 2016 conversation between Zari and Hamisa has since been leaked online following recent development where Zari pretended not to know about her husband’s affair with Mobeto.

Also read: “I have asked Diamond to man up and take responsibility if the child is his” Zari Hassan opens up!

In the SnapChat conversation, Zari confronts Mobeto about the earrings she found in her house. She further warned Mobeto to stop sleeping with Diamond telling her that he would never leave his family for her.

Do the math, Hamisa Mobeto slept with Diamond in November 2016, and in August 2017 (exactly 9 months) she gave birth to a baby boy whom she named after Diamond Platnumz.

Below is the 2016 conversation between Zari and Mobeto: 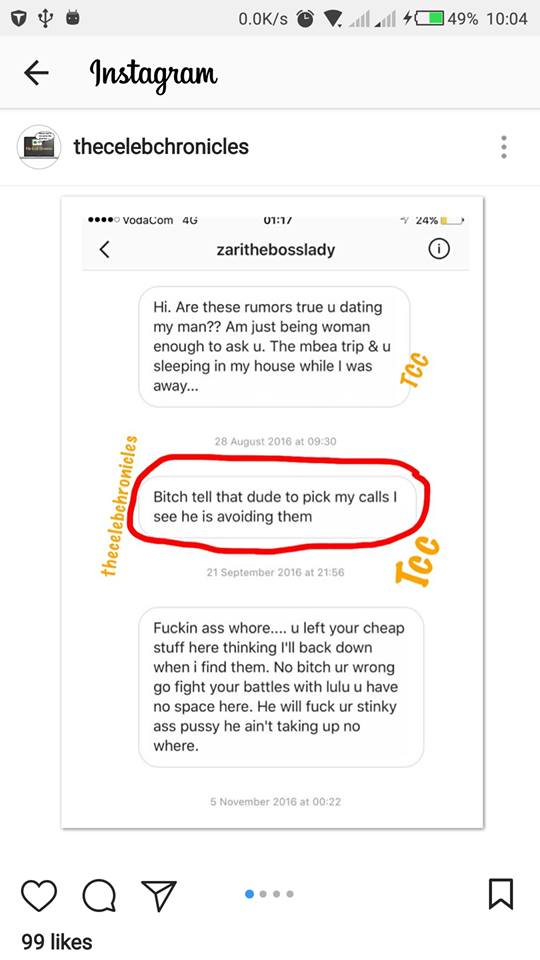 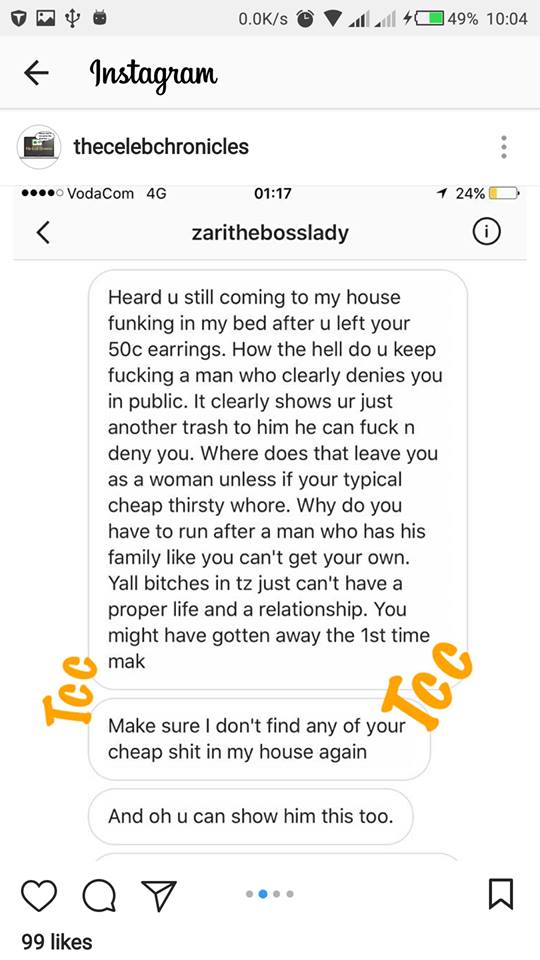 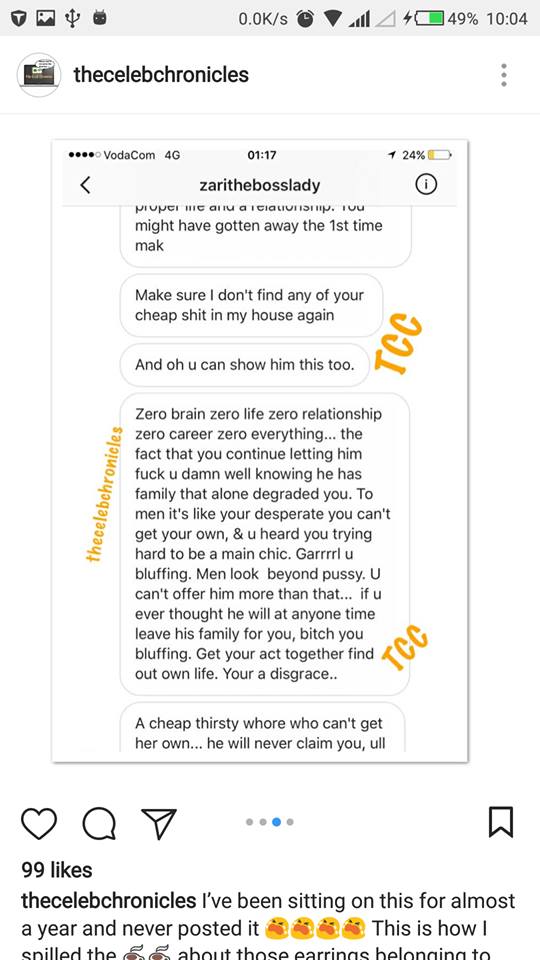 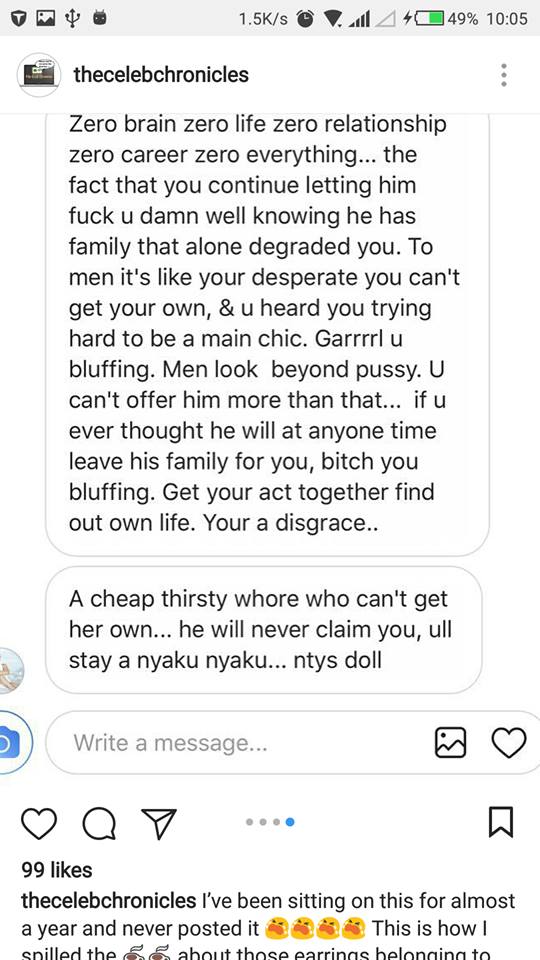