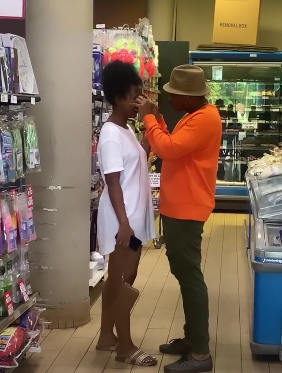 Bad man Shivo, Otile Brown has confirmed he is the sexy crooner every Kenyan girl has been thirsting for. He has now been spotted flaunting around his ´new catch´.

On a random day, yesterday in fact, he decided to do some shopping but not all by himself.

Through his Insta stories seen by Ghafla Kenya, the RnB singer shared short clips of him and his ´new girl´, pretty tight and happy. 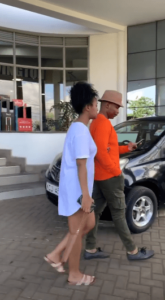 First, he seemingly is trying to get something out of her eyes even though she seems less bothered, so probably, there is nothing to remove in the first place.

That is done and we get to the second clip, they walk out, her left arm tucked in his right arm as they leisurely walk to his controversial Mercedes ride.

Moving on, he gladly pulls open the door for ´his girl´, who gets in and he closes the door behind her. 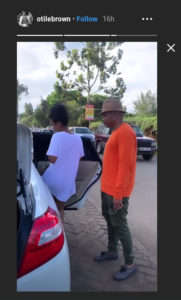 Otile Brown romantically opens the door for his ´new girl´

The lass is dressed just enough to cover the details, but you would think they were taking a walk by the beach.

In flip flops and a long shirt that goes till the mid-thighs, clutch bag in her hand and hair tied up.

Otile actually looks like the sponsor here, he looks like a Boss whose accumulated wealth enough for his retirement, just saying.

His girl, seems pretty chilled out and ´eazy´. If they are an item, we will know soon.