Nana Gecaga speaks on being married and pregnant for MC Jessy 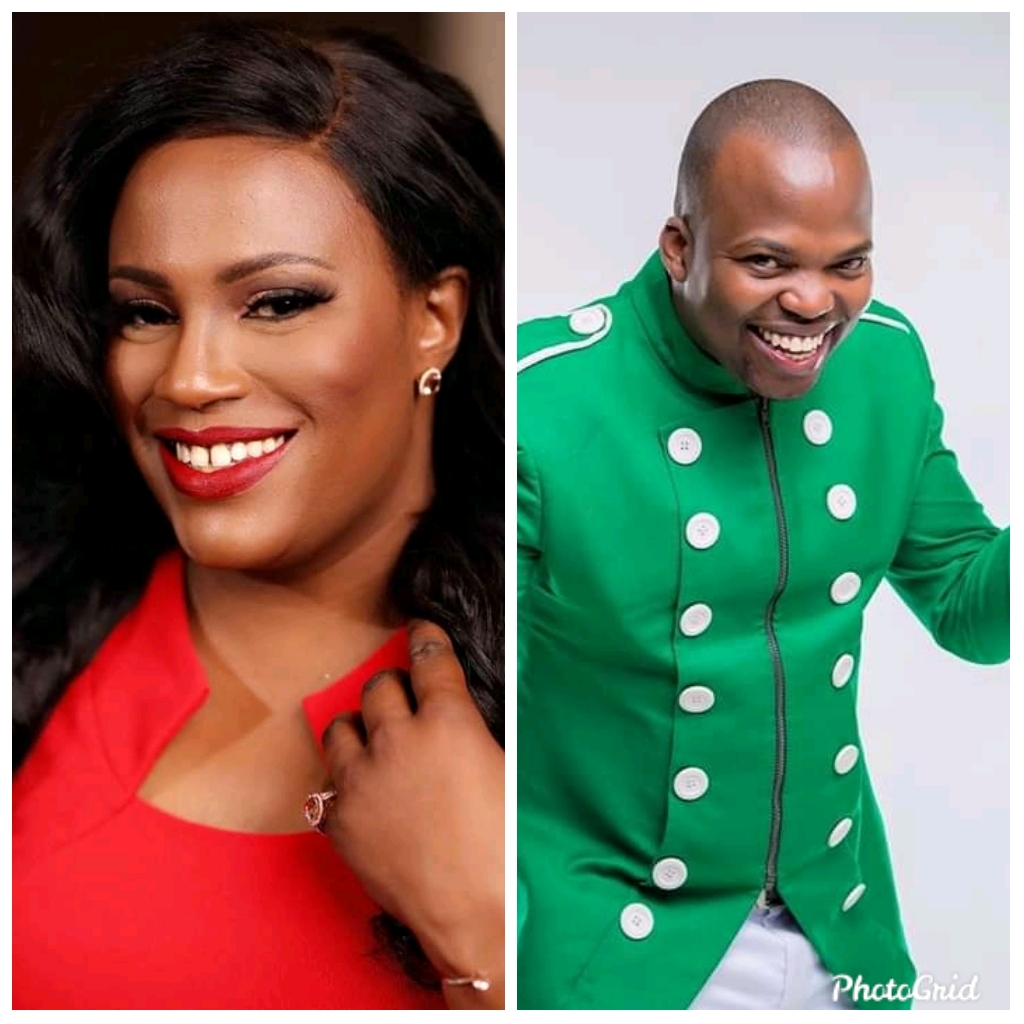 Word has it that Kenyan businesswoman, Nana Gecaga is married to and pregnant for comedy act, MC Jessy reports she has dismissed.

Just this week, local publications put out reports that the two personalities got married and are even expecting a child together.

Allegedly, the two held a private wedding in Italy. Reports fueled further after MC Jessy went public on his marital status as: Taken. 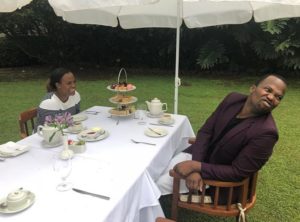 All girls who have been salivating for me and disturbing me in my inbox should now know that I´m someone´s property. I belong in the first class family.

The KICC CEO however took it on a light note, laughing out the media reports as ´fake news´.

She shared a screenshot of the story´s front page on her Insta stories that headlined: 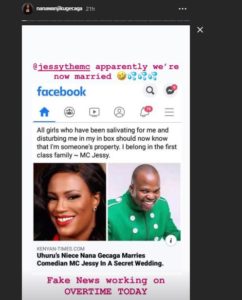 A different local publication held that Nana was expectant and probably for MC Jessy.

The corporate executive came out in disbelief about the ´false´ reports admitting that people must be working ´Overtime´ to spread information without facts. 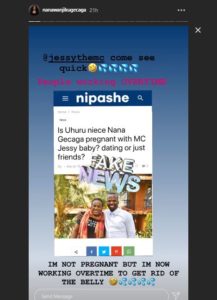 Rubbishing the reports, Nana Gecaga clarified that she is not pregnant but she has now been forced to work ´Overtime´ as well, to get rid of her bulging belly that is raising speculations of a possible pregnancy. 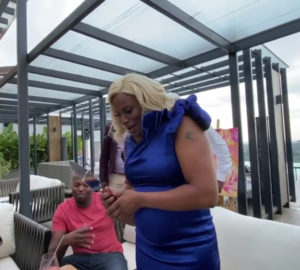 President Uhuru´s niece had her birthday early in the week, one which the popular comedian attended and headlined.

MC Jessy and Nana Gecaga seem to be close allies. They are alleged to be working on a project together.