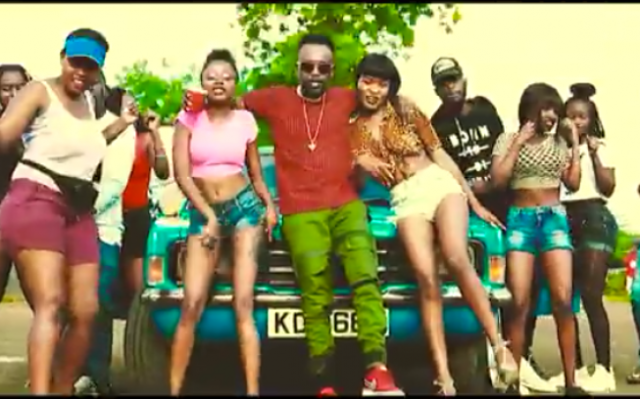 For a while in the past few months the topic of discussion was #playkenyanmusic, by that Kenyan artists took to social media especially instagram claiming Radio and Tv presenters are not playing Kenyan music and instead play more of Tanzanian and Nigerian Music. Eventually their cries got to  the presenters- not all presenters are responsible for the on air music but producers- and so far there is the Kenyan music playing on most radios and Tv stations.

However, a little bit of a shift in the Music industry is happening especially in the new crop of artists in the Kenya secular music scene. The likes of Ethic who are lamba lolo hit makers are quickly gaining popularity   with their music despite the struggle they had with their first hit in terms of production expenses and quality .Good enough for Ethic’s first song they were able to get 3.2million views, that should tell you the kind of talent Kenya has.

Other artists in the same category are the likes of Team Ganji 254 of the Pana tambua  lawama song, before  Ethic music sank in these guys popped out of nowhere  with ‘tukiwa kabumshakes na adija magode manze apana tambua lawama’-I don’t even know what it means so don’t ask.

The point is yes these kids are making club banger, yes they are diving into the music scene in Kenya swiftly, yes they are gaining numbers fast, but where is the line drawn? At what point should someone come in and say ‘Hey, good job but you need guidance?’

Kenyan Music doesn’t have to be vulgar to reach out. It doesn’t have to have indecent videos to get numbers- now that we are the morality setters as a country. These teams with addition of Ochungulo Family , Psycho of Kata Tenje,Drinks na Mayenx hit makers who collaborated with Bon Eye of P-Unit, RicoGang among others I believe have the talent to sell Kenyan Music but with abit of guidance in terms of writing and Production, on delivery it is evident they can deliver good music,I mean it is with ‘New position’ that we came to notice them.

In simpler words for their music to get to mainstream media for airplay and interviews the  new crop of  artists need the bigger or older artists to guide them lest in the next two or so years the talents will just disappear. Who knows where they will end up with the high rate of unemployment in Kenya?

If these talents are tapped early enough the Hullabaloo of Play Kenyan Music will be a thing for the past.