KTN crime reporter Dennis Onsarigo is recuperating at the Aga Khan University Hospital in Nairobi after he survived a grisly road accident.

Onsarigo and his cronies love riding bicycles along the Southern bypass, they usually cycle the entire length of the dual carriage which stretches 28.6kilometres from Ole Sereni on Mombasa Road to Kikuyu on the junction of Nairobi/Nakuru highway. 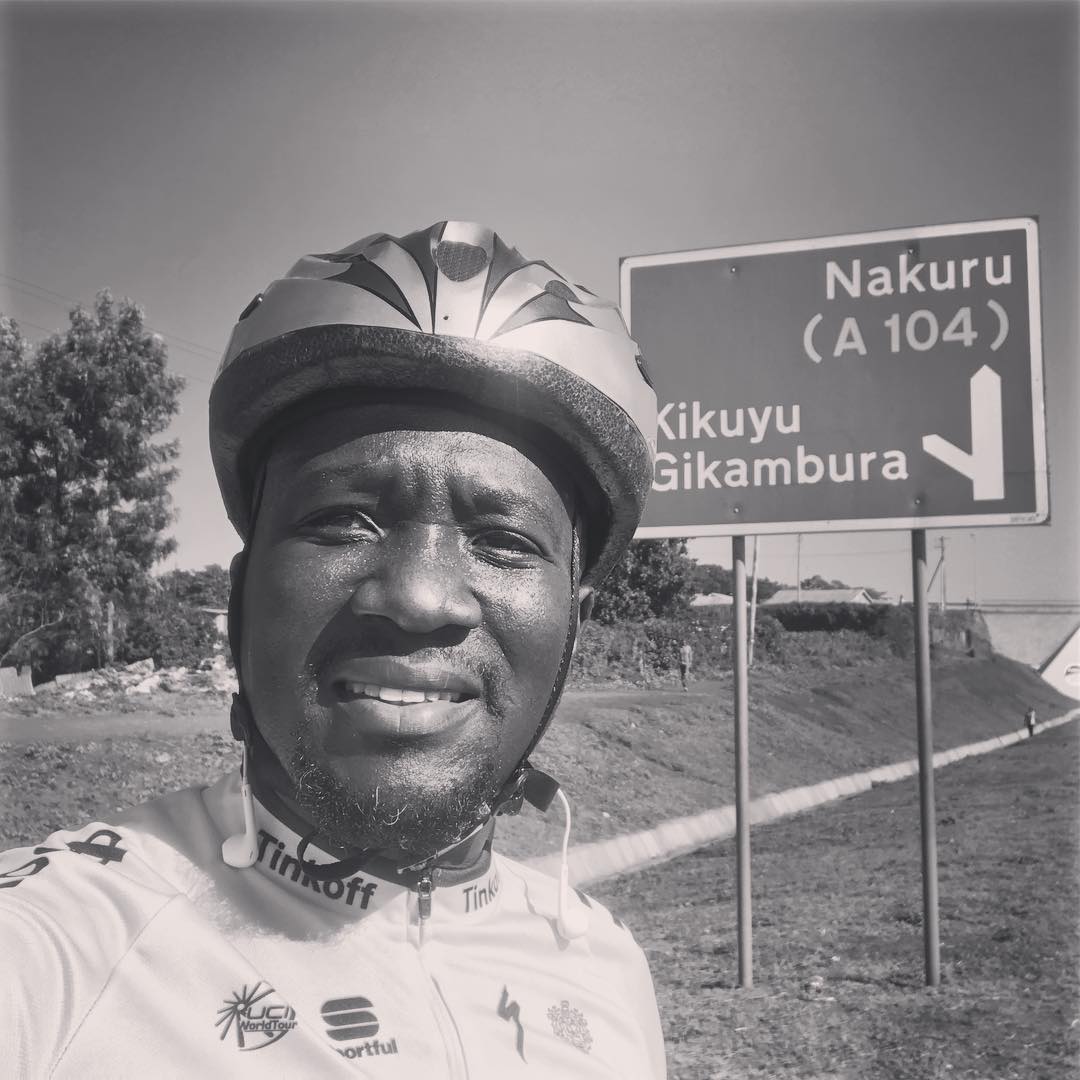 Tragedy happened on Saturday when Onsarigo was cycling on the busy bypass which is mostly used by trailers avoiding to pass through the CBD. The KTN reporter noticed a track had lost control and was speeding towards him.

“I went riding a bike ? on Saturday.. I had done 23Kms one way when a truck left the main road on to my path wanting to overlap. I decide let me outpace it because it will leave dust on me.. step on the peddle, look over my shoulder and the truck has now increased pace; step on the pedal again and the truck driver impatient now honks… glancing back for a third time …The truck is literally inches of “breathing” from me.. I turn my head before I can leave the bicycle path, I lose control of the beast.. push over, I land head first – thank God I had a helmet- then my shoulder, the landing force tosses me just a yard from the truck,” Onsarigo narrated his ordeal.

The KTN reporter however survived being smashed by the speeding truck as he landed a few meters from where the truck crashed.

“Screams from other motorists, the screeching slamming on brakes and now lost in dust, I can hear my own breathing.. I try lifting myself up, I can’t. A sharp pain on my collar bone, tells me I have fractured something.
Long story short, I survived a truck crashing me.. it was a touching distance from where I lay.
Flashback: previous night a colleague had told me not to go riding after I told them I wasn’t sure about riding on that road… that morning, I bought a new helmet and said a prayer .. something I rarely do when going biking.”

Onsarigo stated that it suddenly dawned on him how life was so fragile when he was being wheeled into surgery at Aga Khan University Hospital for a six hour operation. 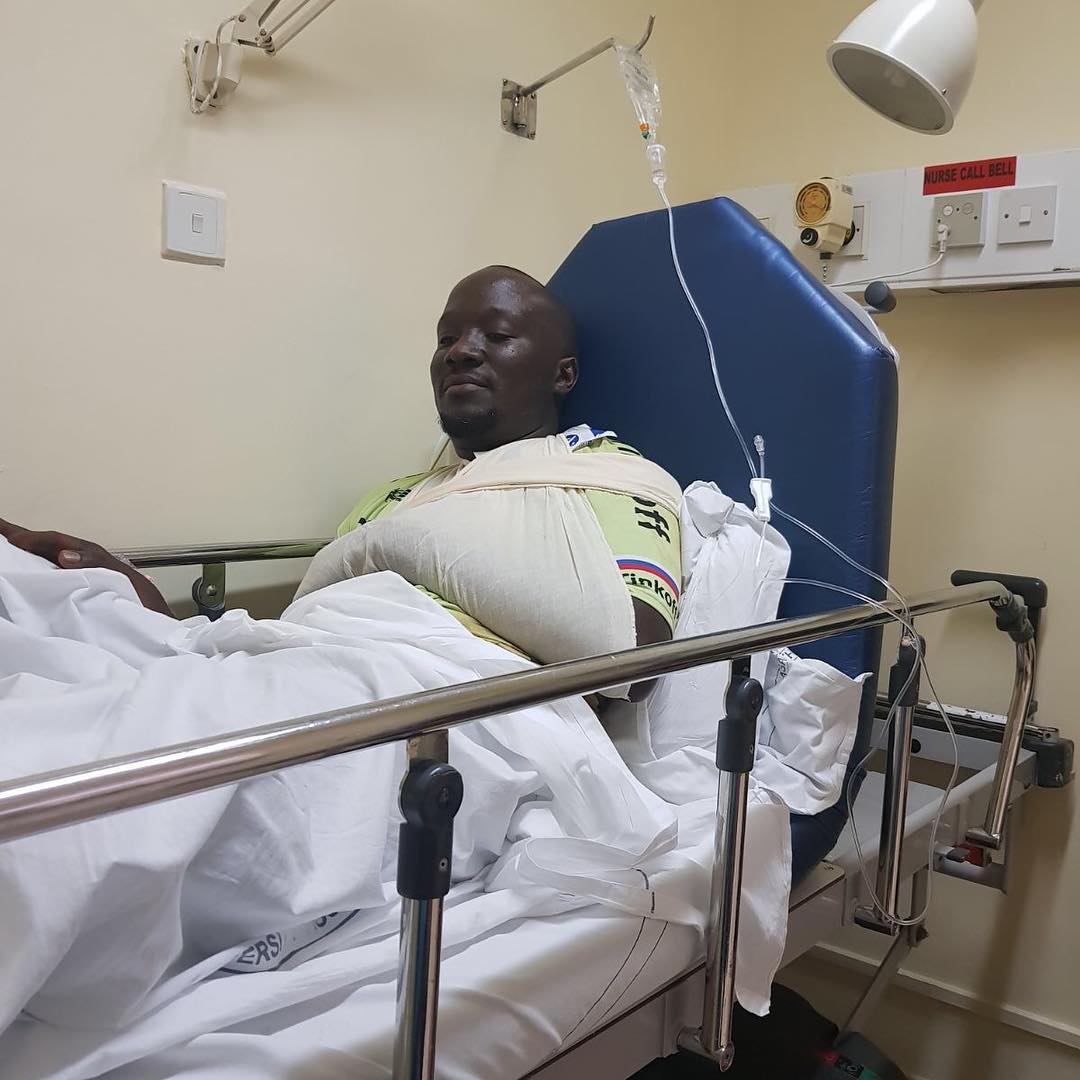 “As I was wheeled into the operating room for a six hour operation it hit me; life is short .. when the surgeons dimmed the lights out of my life, I had died for six hours… what if I never returned?
Lucky to be alive; time I figured what this accident means.”