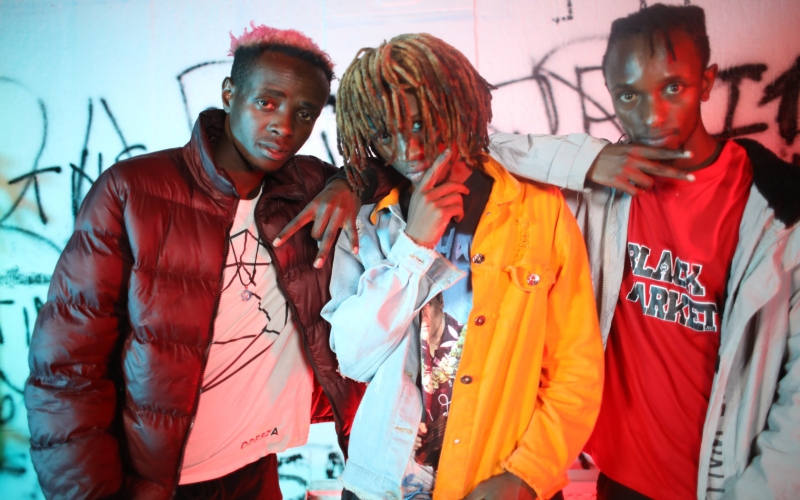 Boondocks Gang, the group that became a household name in Kenya after releasing Rieng’ circa 2018, have released a new track alongside Berry Family – which is made up of  Krystah, Blondy and Wesley Wess – and we are feeling it.

The song titled Kutu, which is a Sheng word that means dry spell, has been getting good airplay on both TV and radio since it was released a few days ago.

One of the reasons why I really love this jam is because of the creativity of the artists who were featured in it. Each of them has a unique ability to play around with words and make impeccable rhymes.

Take for instance Odi Wa Murang’a – who happens to be my favorite member of Boondocks Gang. He totally aced his verse. To add to that, he has this unique voice that you want keep listening to.

Ex Ray also did a good job on the hook. It’s so dope and maybe, just maybe, he’s the reason I can’t get enough of  this jam.

Notably, Berry Family also delivered on this jam. I had to pick one of them then I would definitely go for the guy who is known as Blondy because I think I he has a lot of potential. Don’t get me wrong, Krystah and Wesley are also dope.

The beat on this jam is also on point so much so that you won’t resist the urge to dance when this song come on. The video was not that bad either.

Watch Kutu below and tell us what you think.