Everyone has had their lowest moment in their profession – one way or the other – and megastar, Eric Omondi is no exception.

The 42-year old comic defied all odds, scaling the heights to become Africa’s President of comedy but he has had his dark days as well.

In a Q&A session with fans online, a fan asked Eric about his worst experience on stage. 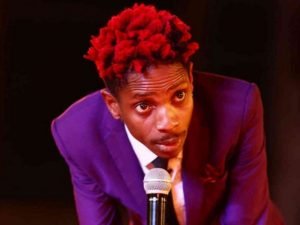 The stand-up comedian recalled how he tried to pull a Hollywood moment during the ‘Chaguo la Teeniez’ awards in 2010, only to be left high and dry.

He gave a shot to the kind of stunts drawn by Hollywood acts – coming down the stage from the roof top, only that his was a rope instead.

All was well until the rope got stuck, leaving him hanging mid-way for some 15 minutes.

Chaguo la teeniez 2010. So I tried to pull a Hollywood moment by coming down the stage from the roof on a rope, kamba ilikwama nikahung hapo 15 minutes😥😥…the embarrassment. 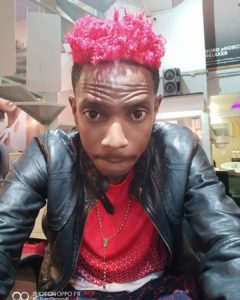 That stood as one of the most embarrassing moments for Eric in his comedy career.

He now boasts as a high-flying multi-millionaire, earnings majorly from the name he created through his comedy stunts. 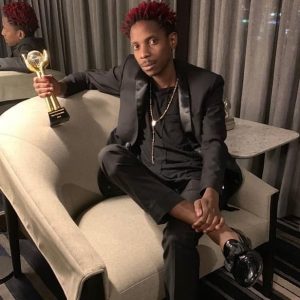 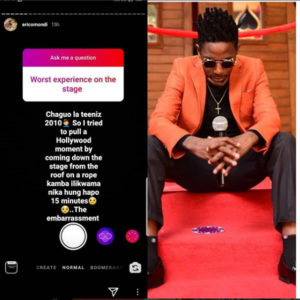