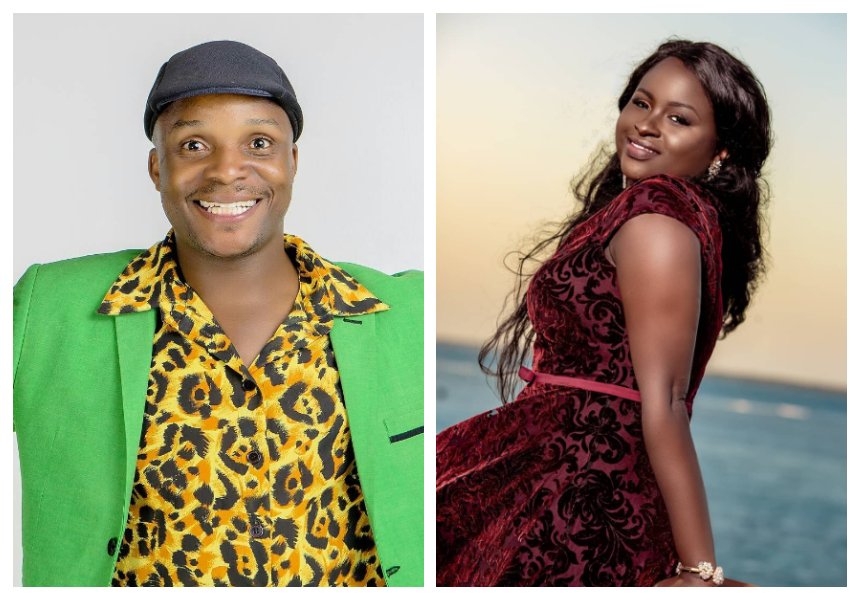 God works in mysterious ways! Mercy Masika would have been trapped inside the DusitD2 Hotel on 14 Riverside were it not for Jalang’o who blocked her thus preventing her from leaving immediately.

Jalango and Mercy Masika were hired for an upcoming consumer promotion, the two had a meeting with their client on the same day terrorists attacked DusitD2 hotel.

Jalas and Masika’s meeting was at a different venue away from Dusit. The Milele FM presenter arrived late for the meeting and he couldn’t find a spot to park his car. He was forced to double park blocking other cars, including Mercy Masika’s car.

Mercy Masika left the meeting in a hurry, she was supposed to drive to Dusit where she had an appointment with a hairdresser. But she couldn’t leave immediately because Jalango’s car had blocked her vehicle.

It took a while for Jalang’o to send his car keys so that the vehicle could be moved. Mercy Masika finally left for Dusit but before she could make it there the terror attack had already began, prompting her to change direction and head for safety.

It was hours later that it dawned on her that if she had left immediately she would have made it to Dusit on time and that she would have been right in the complex when the terror attack was happening.

The gospel singer Whatsapped Jalang’o telling her how he unknowingly saved her from the terror attack just by blocking her car. 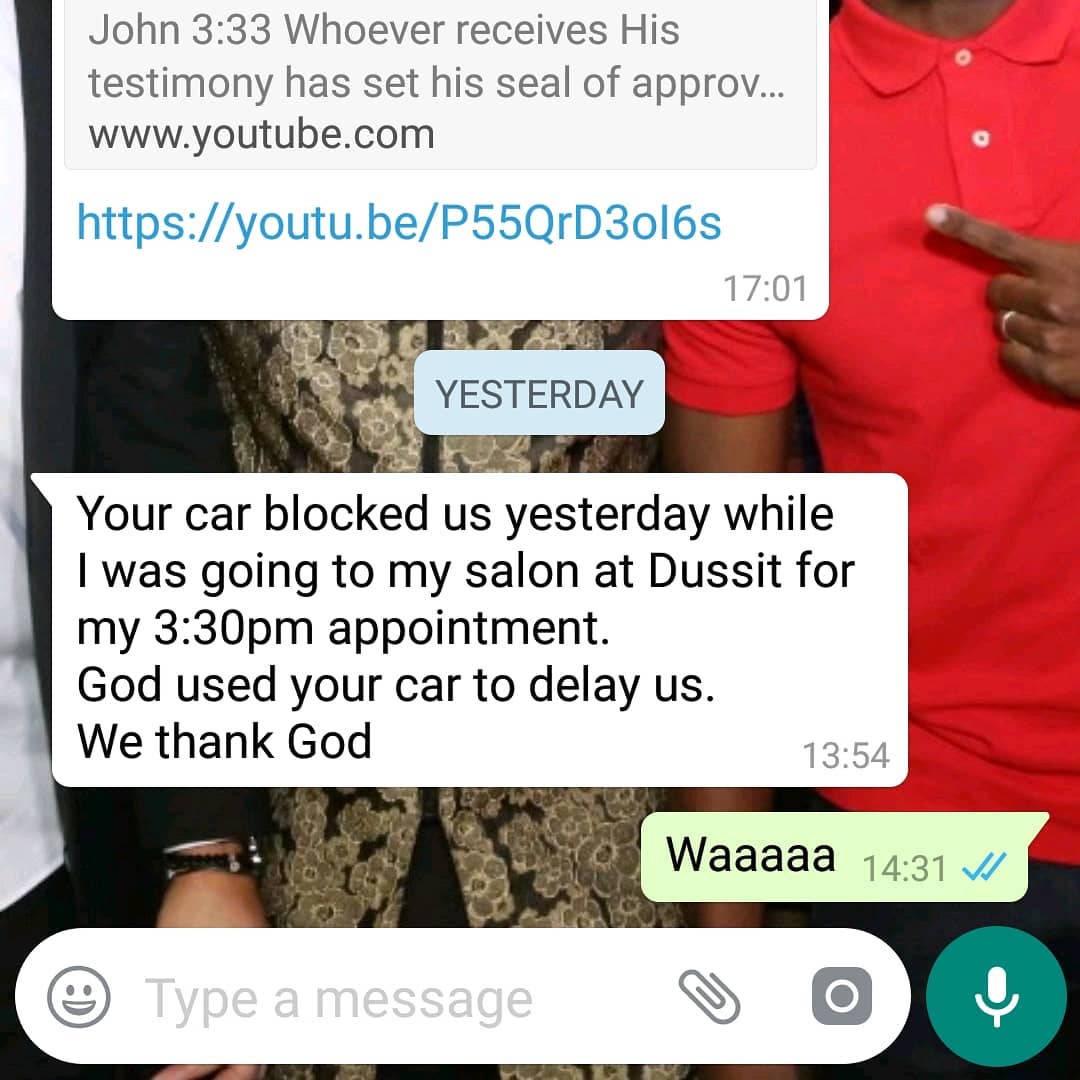 Jalas decided to share the WhatsApp screenshot on social media and went on to narrate the whole incident;

“God wins! #DussitAttack
So @mercymasikamuguro and I are involved in an upcoming consumer promotion and so we were invited for a meeting at the client office… I was in another meeting so I get to client meeting after Mercy! Driving in, the client parking is full so Iam forced to double park blocking other cars! I walk into the meeting and client has finished briefing Mercy and she is in a hurry for her saloon appointment since the next day is the launch date and she has to look the part! She hurriedly leave only to find her car blocked so they call me move my car but I give out my car key so there is a bit of delay! When she leaves not more than 20mins later news of the attack at Dusit where she was going for her appointment quickly spread! Waaaaa! When she shared the message I just thanked God! #GodAboveEverything“