The woman identified as Martha Mwihaki Hinga revealed this in a series of posts shared on Facebook; where she accused Natasha of pumping her out to a Nigerian pastor.

This arrangement was apparently done secretly by Reverend Natasha, her mum and brother who hosted Ms Mwihaki for dinner. But being the innocent one -Ms Mwihaki was not aware of the other hidden agenda; which of course took her by surprise.

Speaking about this in now deleted posts, the lass wrote;

To make matters worse Ms Mwihaki went on to accuse Reverend Natasha of trying to recruit her in a cult as she went on to add;

I was then requested to follow Rev in a small private extension for sort of some grilling or up-close, a very small extension that could only fit two persons. She asked me to get off my shoes and enter. I think that was now the beginning of my indoctrination to a “cult”,

However it appears that the story may have been cooked or is being covered that is judging from the apologies issued by Facebook blogger Derrick who was among the first people to share Mwihaki’s story on his platform.

According to the blogger, the photos used by Martha Mwihaki belong to one Diana Fumbilwa who he apologized to and went on to say; 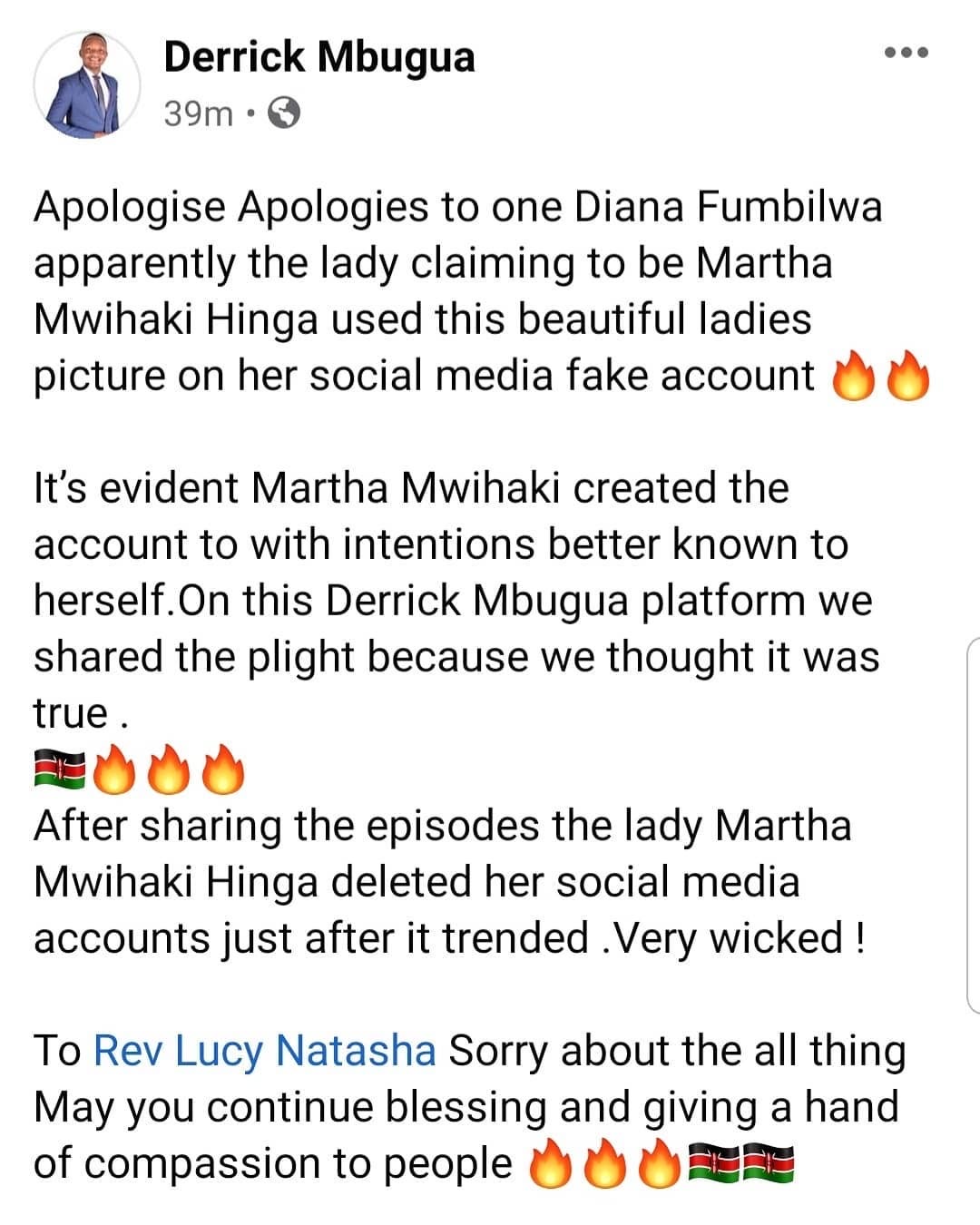 *IMPORTANT UPDATE*
Today has been a tough day as various falsehoods against me were propagated and shared on social media. These lies and misrepresentations should be condemned with the strongest words possible. The apology is well received. It Is my prayer that people out there will not be quick to believe, listen and share falsehoods. I have decided to speak out because this has been a trend. Mostly always been quiet when this happens.But I believe Cyberbullying Should be condemned. #ImpactingGenerations