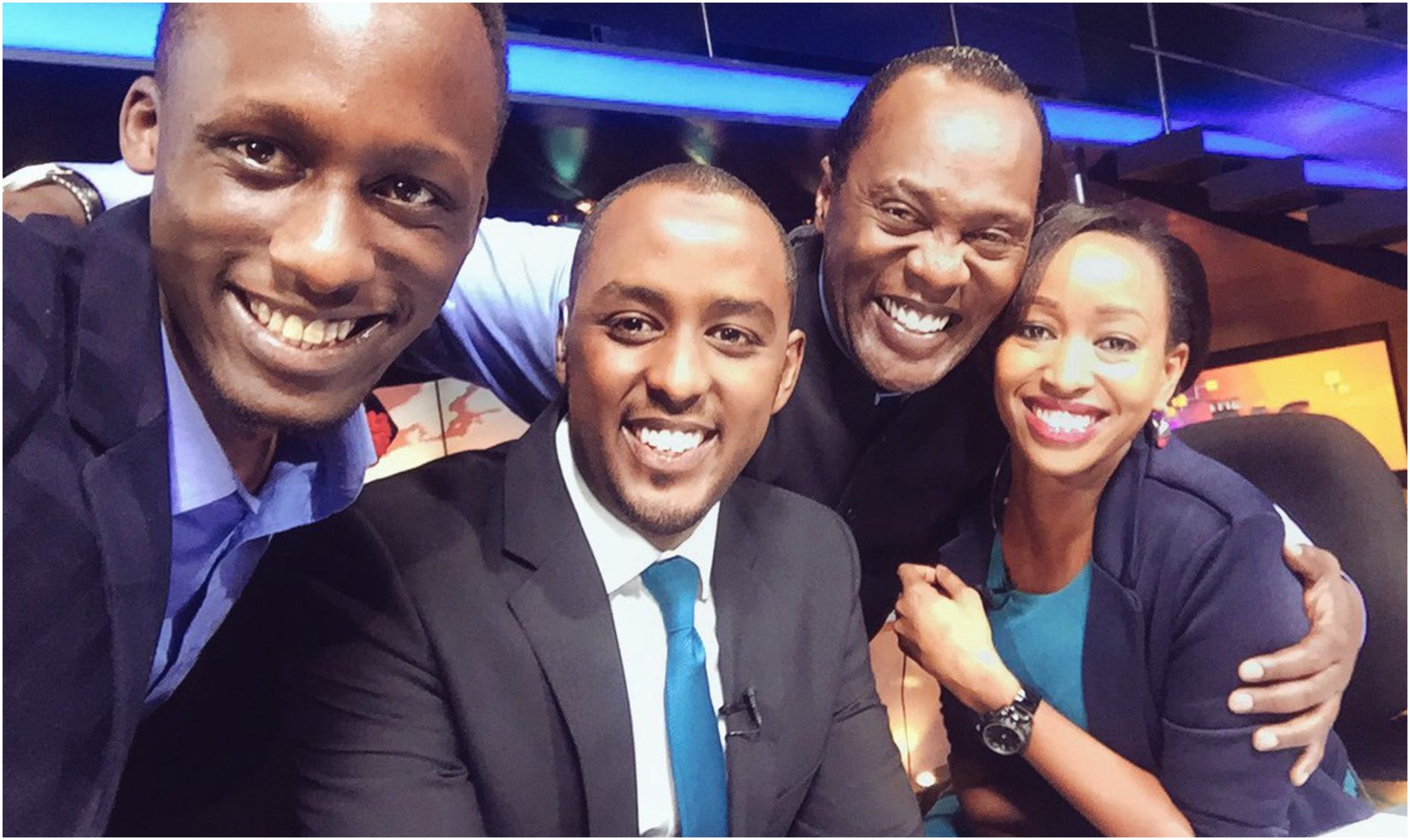 Citizen TV’s Monday Special was best known for it’s perfect duo, Janet Mbugua and Hussein Mohamed who would get playful when the need arose but when it was time for business, then they meant business.

We will forever remember their last time together in 2015 while at the Citizen TV studios, when a heavily pregnant Janet pulled a prank on an occupied Hussein hinting she felt something unusual with in her womb. 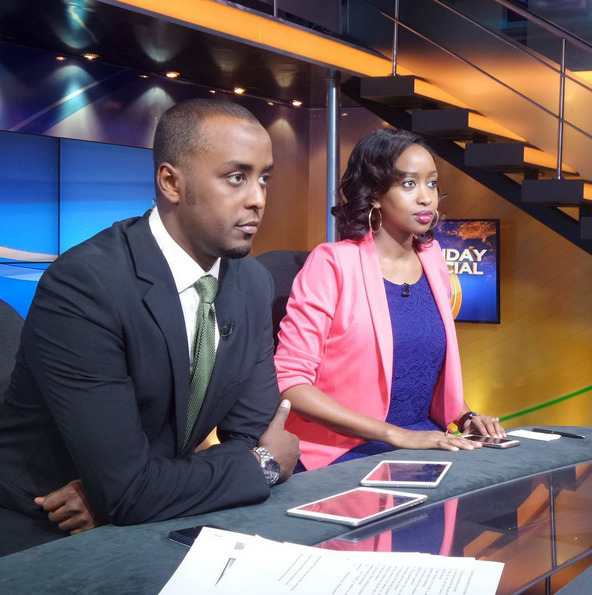 A shocked and not sure what to do Hussein, almost started sweating before Janet cooled him down, stylishly bidding him goodbye, giving room for a dear Jacque Maribe to step into her shoes.

However, soon after her exit, Hussein followed suit and in early October 2019, he was no longer part of the Royal Media Services team, leaving under unclear circumstances.

But none of that separated the TV duo from catching up on what was an almost 5-year gap, after recently getting spotted adorably hanging out together.

Taking to their Twitter accounts, the two shared their sweet photo, with speculative yet mysterious captions that suggested these two were planning a major comeback together and whatever that was, remains a secret between the two. 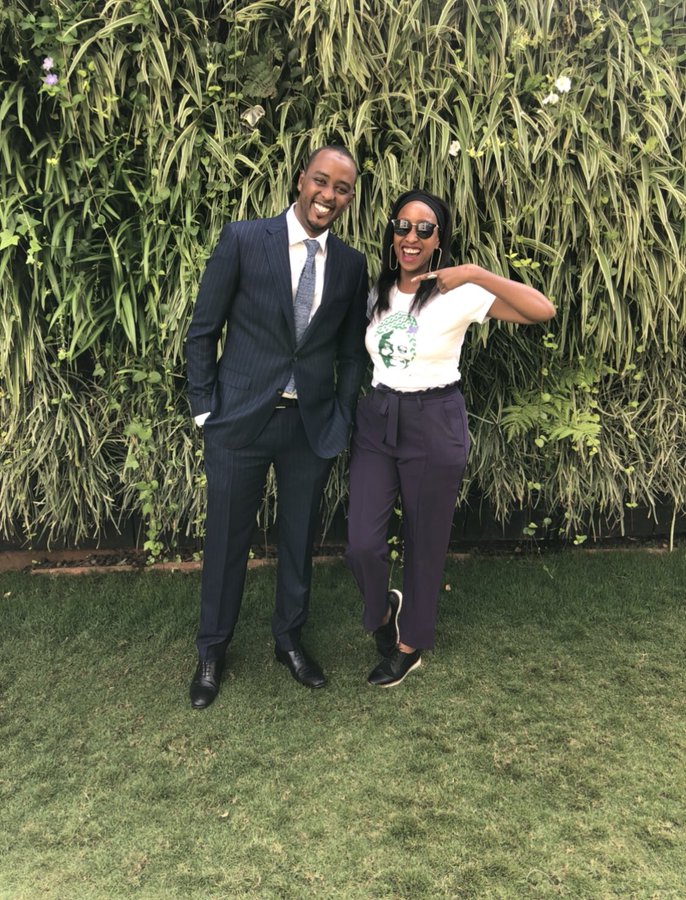 Janet Mbugua and Hussein Mohamed’s tweet that got fans speculating

Comments that left fans speculating and whatever the case would be, netizens could not help but get over the moon over what seemed like a grand reunion. Further giving the two options of which media house to grace and how soon they should get back on air. Check out fans’ reactions; 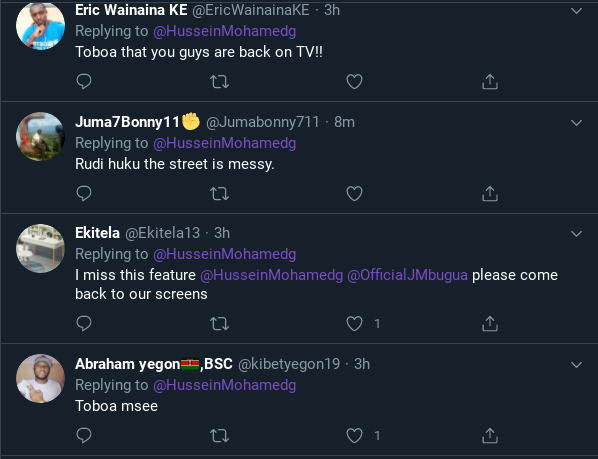 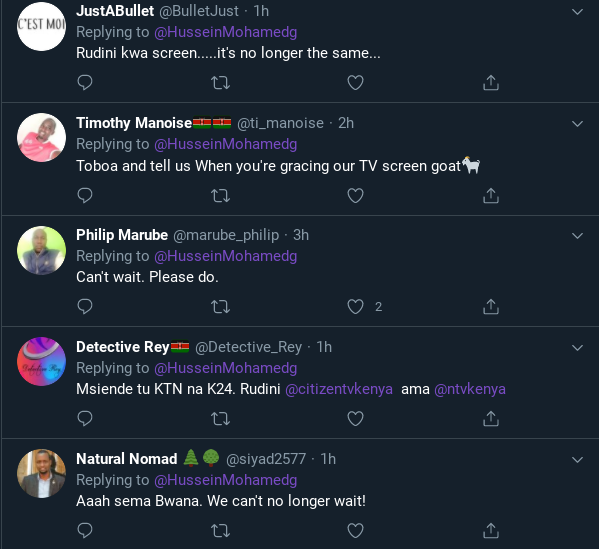 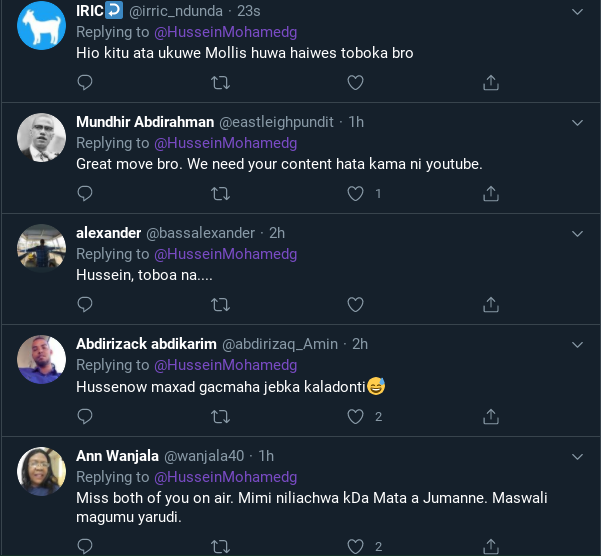 Let’s sit tight and watch as it slowly unfolds.