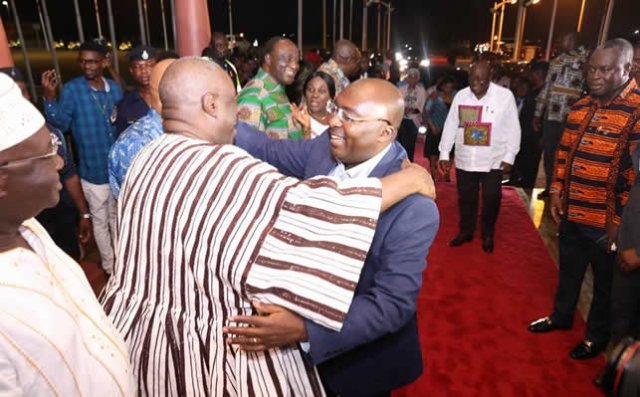 The Vice President of Ghana, Dr Mahamudu Bawumia has arrived safely to Ghana. 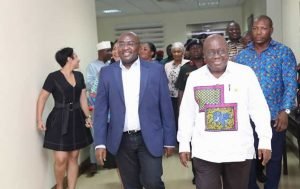 His Excellency was beaming as he touched down at exactly 8:00 pm on a British Airways flight with his wife, Samira Mahamudu.

The Vice President was reported to have gone on a on sick leave in the United Kingdom few weeks ago.

President Nana Akufo-Addo, his wife Rebecca Akufo-Addo and other government officials were there to welcome him back home.

Dr Bawumia had been out of the country for 12 days on medical leave. He was said to have reported sick and was advised to take a break.

Details of the sickness were not however not disclosed. 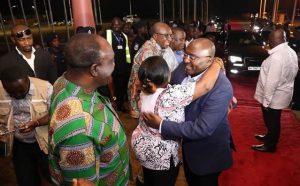 A statement was issued on January 19, announcing the vice president was going to the UK on medical leave. This statement however triggered lots of speculations and controversy among Ghanaians especially the minority opposition party. 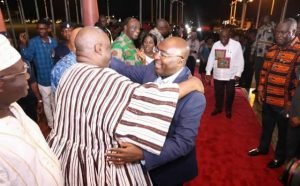 But the Information Minister Mustapha Hamid insisted the request by the Minority was untenable. He insisted that the health of every individual must remain a private issue.

While in London there were speculations about the deteriorating health of the vice president. Some even went as far as suggesting he had been paralyzed.

Not even a picture and video of a bubbly Bawumia and his wife Samira Bawumia taking a stroll on London streets will stop the unhealthy rumours.

The speculations and rumours even went a notch higher with critics suggesting the pictures and videos were old and stale.

Amidst all the controversies, the presidency on Thursday, February 1, 2018, issued another statement. This time round, announcing the vice president’s fitness and arrival later in the day.

Dr. Bawumia has finally arrived looking all healthy and strong. He will even take over as acting president today whiles the president leaves for Senegal.