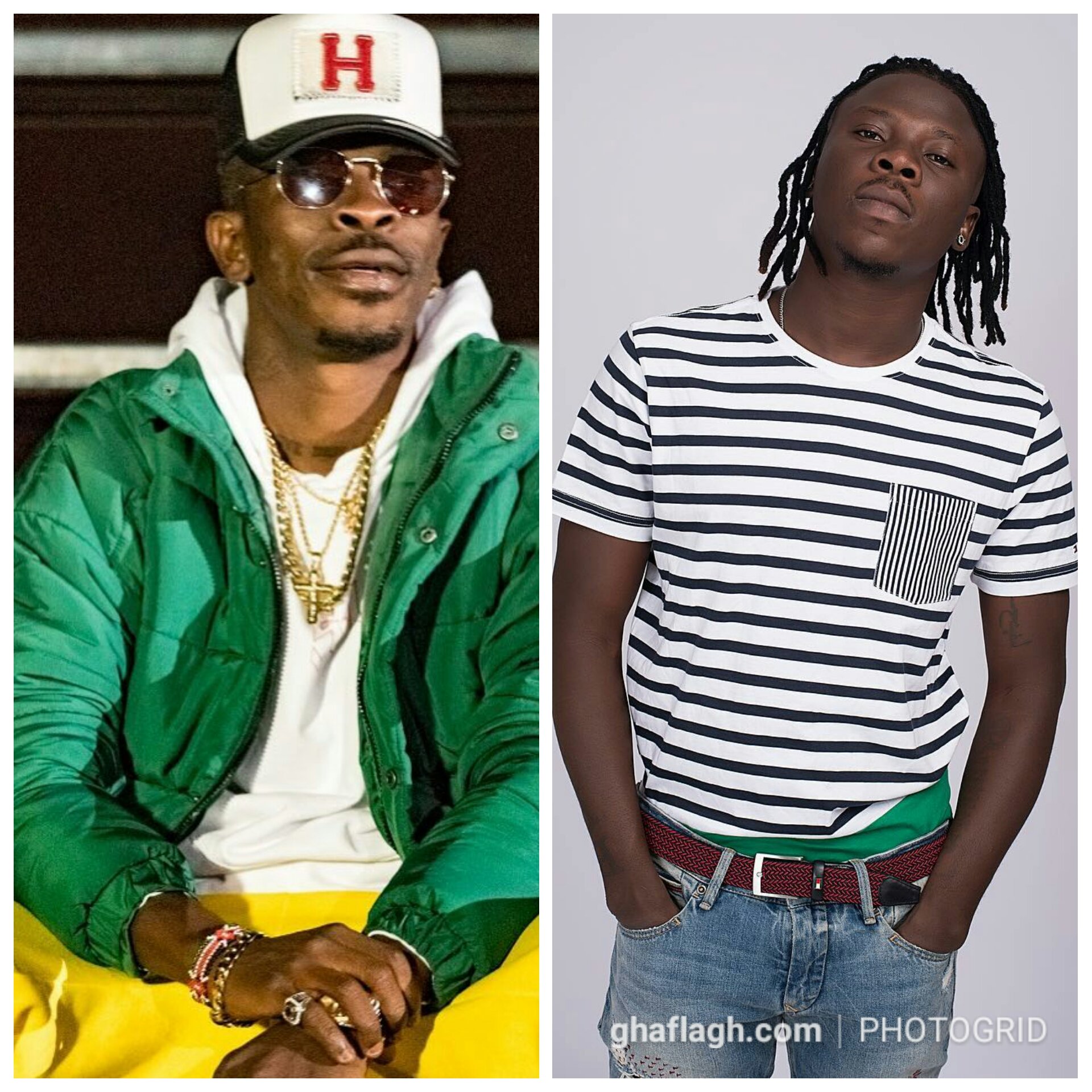 Shatta Wale has been off the headline boards for some days now but looks like he’s back.

This time round, he seems to be for ‘peace’ and with his arch rival, Stonebowy – surprising right!

The Shatta Movement (SM) Boss has issued a directive to all his SM fans to stop ‘insulting’ his label mate and arch rival, Stonebowy.

Stonebowy, born Livingstone Etse Satekla performed in Miami at the Best Of The Best Reggae Music Festival which happened on Sunday, May 27th.

However, SM fans took to social media to mock and troll the ‘Tomorrow’ hitmaker for being unable to get the audience at the festival dancing and cheering him, when he claims to be a ‘Global artiste’.

The fans of Shatta Wale kept reposting the video of his performance at the music festival and repeatedly mocked him for his inability to get the crowd on their feet.

But Shatta Wale has tackled this issue in a very different and shocking manner, hence his new directive.

The SM President in a Facebook post, urged his fans to support Stonebwoy’s music as they would support his.

“Nobody should insult Stonebwoy on his recent performance ..If his fans won’t support us let’s support him anyhow we can ..GHANAIANS isn’t it ? Let’s educate the Bhims…Shatta movement didn’t start this comparison,they started God knows …Let’s support our own !!! Whoever say shit here BIG F–K YOU…” Shatta Wale maintained.

From his speech, one may conclude that, perhaps, Shatta is ready to bury the hatchet with his long time nemesis and label mate. Or yet still, that he believes it is time to put away the lyrical battle in the industry to push Ghana’s music onto the international map. But seems it’s too early to conclude since Shatta can be unpredictable most of the times. 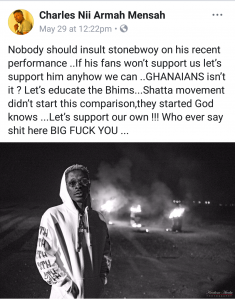