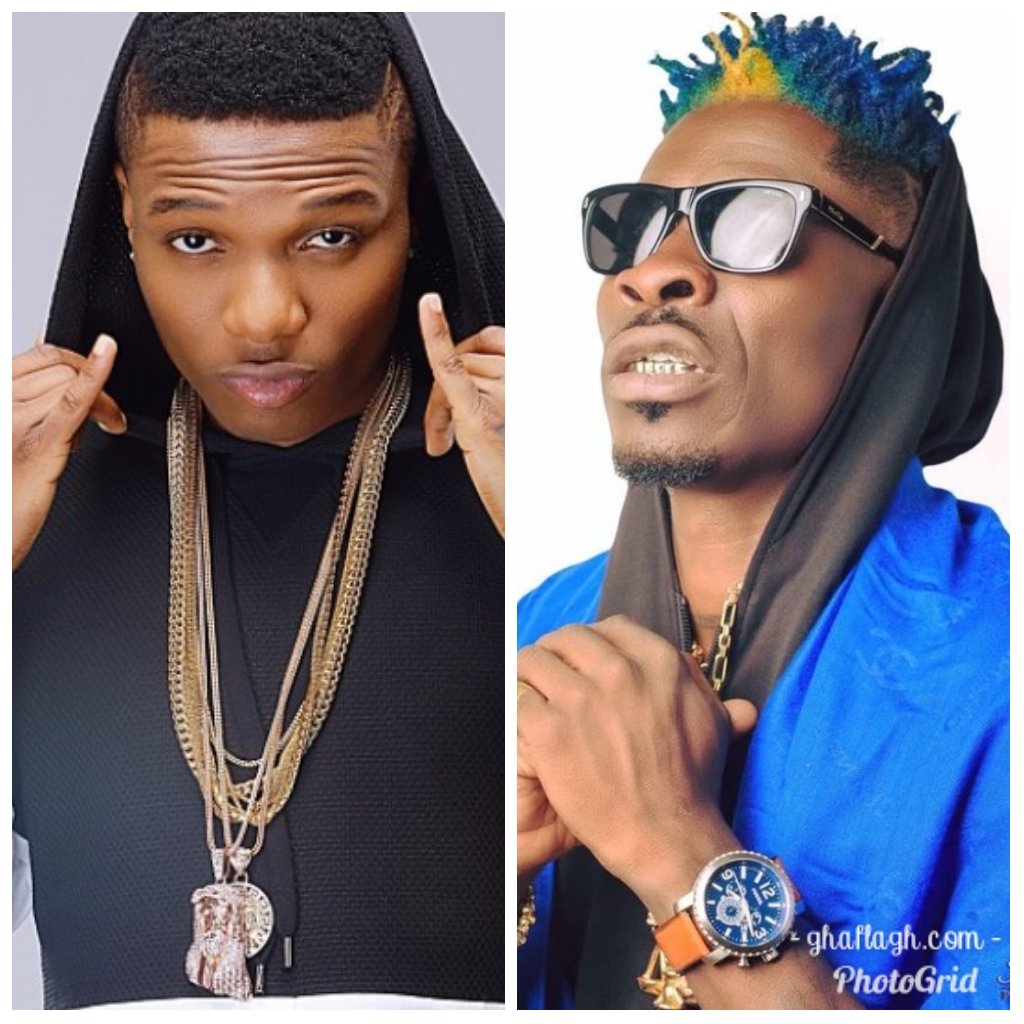 The self-acclaimed Dancehall King, in November 2017, said in an interview that he doesn’t recognise the Wizkid as a superstar.

“We are living a life where upcoming youths are watching. People get surprised by my achievement because they don’t have a mind to elevate themselves.

I don’t see Wizkid to be too much for me but most of my Ghanaians and Ghanaian colleagues see him like that. But I want Wizkid to see me and be like wow not otherwise because what is talking is your pocket, property, investment.

I don’t see anything extraordinary about him, even though he claims to the be best African artiste,” he stated.

Hell, however broke lose after his statement which resulted in heated verbal exchanges between fans of both artistes on social media.

But through it all, the “Ojuelegba” hitmaker had remained silent despite calls from some fans to react on the matter.

Months later, just when everyone seems to have forgotten the issue, the Nigerian super star has now responded.

Artistes performing at this year’s edition of Ghana meet Naija concert have been unveiled.

The Starboy Entertainment imprint owner is one of the artistes headlining the event.

During the launch of the concert, he was interviewed on phone.

But shockingly, after speaking about people’s expectations, he gave Shatta Wale a shout out.

“I want to say shout out to Shatta Wale,” he said, laughed and dropped the call.

Though his response seems like a peaceful one, some have read different meanings to it. Some believe, he’s sending a message to Shatta that he is entitled to his opinions.

Others, on the other hand believe that his message simply means whether Shatta recognizes him as a super star or not, he is a super star.

Some also believe he is simply warning Shatta Wale that he’s coming for him so he should watch his back.

Meanwhile, we are yet to hear a reply from the Shatta Movement boss.